The DNA diet is sometimes called the most personal diet in the world. Reason? The diet is determined on the basis of DNA tests. It consists in eliminating from the menu products that negatively affect the body. The study of genetic material indicates the best nutrition, suitable for the genome of a particular person.

You can read also: 5 Things You Should Know Before You Start Counting Calories

Is there a perfect diet for slimming? And if so, is it a genodieta – a DNA (genetic) diet? Some specialists think that yes. New diets are being introduced on the Polish market based on the analysis of DNA genes. They are advertised as the next most effective way for a slim figure. The method of composing a diet based on genotype has come from the United States and is popular with Hollywood stars. Among the actors using the determination of their genome to prepare a special diet, Jessica Alba was among others.

Scientists are skeptical about DNA-based diets

Here you can find supplements for better results in diet – CLICK

]Weight is something that is dictated by genes in 10%, and in 90% by our lifestyle. Everyone is in the risk group, some more, others less. Our understanding of the interaction between food and genetics is currently in its infancy. It is possible that in the future, with the development of research, we will be able to use this knowledge in a more effective way, “explains Michael Dansinger from the Tufts School of Medicine.

In the network, however, there is more and more information about diets composed on the basis of own genes. More websites are created offering DNA tests and professional reports defining the dietary preferences of the examined person and a menu prepared based on the results of the research. At the beginning, genetic material is collected, specialized examinations are performed, and a menu for a given person is arranged based on the results. 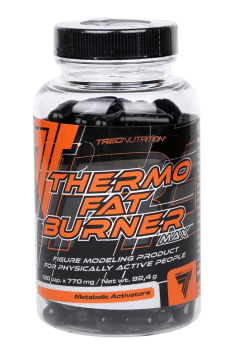 This is very interesting from the perspective of the impact of nutrition on general well-being. After analysis, it may turn out that frequent headaches, general apathy or sadness are caused by excess or deficiency of any of the nutrients.

What is the nutrigenetics and nutrigenomics?

Nutrigenetics deals with genetic differences in individuals. Its purpose is to answer the question of how the biological variability expressed in the differences of genomes affects how a given person should eat and how to compose a diet based on the knowledge of the genetic preferences of a given person. Nutrigenomics identifies mechanisms that determine how food and nutrition affect the patient’s health.

What is the obesity gene?

It is known that genes are responsible for eye color, hair structure and life expectancy. Researchers from the United Kingdom went a step further. They managed to wyabstrachować so. obesity gene. This discovery is likely to revolutionize the diet and dietary market. After comparing the genotypes of several thousand people with type II diabetes with several thousand healthy people, it turned out that people with excessive carcasses have the same variant of the FTO gene.

The obesity gene is otherwise called the gene responsible for storing fat in cells. This means that fat accumulation at the cellular level can be inhibited.