Sucrose – what is it?

From a chemical point of view, sucrose is a disaccharide composed of one molecule of glucose and one fructose connected so-called a glycosidic bond. Due to the raw materials from which it is obtained, it is also called sugar beet or cane. In common everyday meaning, sucrose is simply sugar, or white crystals that you add to tea.

This compound is commonly used to sweeten sweets, beverages, cakes. In nature, it occurs primarily in fruits.

On the packaging of food products, sucrose is marked in the nutritional table as simple sugar together with other compounds that belong to this group.

Sucrose has the form of white crystals that dissolve very well in water. Purified white sugar contains 99.8 g of pure sucrose at 100 g and does not provide any other nutritional values.

Brown sugar obtained from sugar cane is less purified. For this reason, it contains a small amount of vitamins from the group B, however, its nutritional value is not significantly higher contrary to popular opinion.

One teaspoon of white sugar has 20 kcal

1 tablespoon of white sugar has 49 kcal

Think about whether to sweeten tea? Sucrose added to drinks and other dishes is empty calories. See what happens when you drink 2 teas each day sweetened with 2 teaspoons of sugar.

2 teas with 2 teaspoons of sugar provide a total of 80 kcal.

During the month you eat an additional 2400 kcal.

You will gain a kilogram in adipose tissue when you eat 7,000 kcal more than you need.

Drinking as much tea kilogram more on the weight you will see after 3 months!

Think about the reverse process now. What will happen if you stop sweetening or reduce the amount of sugar by half? If you add a limitation to eating sweets and drinking fizzy drinks, the effect can be electrifying, even if you do not change anything else in the diet! You’ll lose weight without any effort! 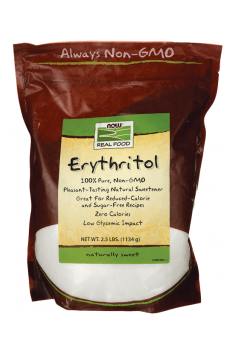 Application and occurrence of sucrose

Sucrose in nature occurs primarily in fruits, although fructose is the dominant fruit sugar. You do not have to be afraid of simple sugar with fresh fruit. The richest in sucrose are

This compound is used in the food industry to sweeten not only products from the group of sweets and carbonated beverages. Sucrose is also sweetened:

In the latter, sugar is also a preservative that limits the development of microorganisms responsible for spoilage of the product. Large amounts of sucrose also contain maple syrup and molasses.

Man does not need sucrose to live, except for the one he eats in fresh fruit. Its excess is very harmful to health. For this reason, it should be limited as much as possible. A large amount of sugar favors

faster aging of the skin,

According to the standards, added sugar can constitute a maximum of 10% of the caloric demand, which is 24 hours a day, but experts emphasize that this amount should be limited to 5%. This means that if you are trying to consume 2000 kcal per day, you can eat only 5 teaspoons of sugar from all the products that provide it. It’s not just sugar from the sugar bowl!

What to replace white sugar?

If you have a problem with eliminating sweetening, replace table sugar with xylitol or erythritol. Both connections are so-called sugar alcohols, safe for humans. Xylitol has 40% of calorie sugar, and erythritol does not provide calories at all. Both compounds look and taste exactly the same as sucrose. The only difference is the slight feeling of cold on the tongue that stays after eating them. You can also use them for baking. Xylitol consumed in excessive amounts can cause a laxative effect, so it is worth combining the use of both compounds in a home kitchen.