Curry is a very aromatic spice, more specifically a mixture of spices that originates from Indian cuisine. The most popular dish with its addition is probably a curry chicken.This exotic spice will not only work in the kitchen, when scientific research shows that it also has many properties medicinal products, inter alia has a protective effect on the circulatory system, reduces joint pain, has antibacterial effect, reduces the risk of cancer. Check what other properties curry has.

Curry is a spicy condiment, more specifically a mixture of spices, yellow or red. Curry originates from southern Asia and was originally used in Far Eastern cuisines, but nowadays it appears more and more often in European cuisines.The most popular dish with its addition is probably curry chicken The composition of the curry is slightly different from the region and preferences.

Taking curry regularly can be beneficial in cancer prevention, stopping their development at an early stage when DNA is damaged. In addition, curcumin reduces the expression of PSA in human prostate cancer cells.

Curry to help with anemia

Curry is an excellent source of iron, its content in 100 g of this spice almost doubles the daily requirement of an adult, iron is the main component of hemoglobin involved in the transport of oxygen.

Curry has a beneficial effect on the lipid profile, it can lower blood cholesterol thanks to fenugreek. In addition, thanks to the presence of cardamom curry, it widens blood vessels, reduces tension in the blood vessels, which results in lowering blood pressure, thus reducing the risk of heart attacks and strokes.

Studies have shown that regular curry consumption combined with physical activity reduces fasting glucose in healthy subjects, and in animal studies it has been proven that the active compound curcum-curcumin prevents abrupt changes in blood glucose due to its anti-inflammatory properties. 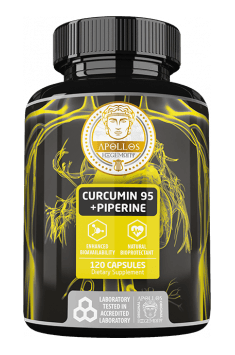 By reading the title of the entry, you certainly do not hide your surprise. Why has it been found that curcumin (a tumeric active compound) is a supplement that is called a superhero? Has anabolic powers or protects significantly muscle tissue? If so, why have not you heard about it yet?

Scientific research has determined that curcumin has strong analgesic and anti-inflammatory properties. This means that it should be in the first line of defense of your health when an injury or an infection develops in your body. What’s more, curcumin increases the production capacity of testosterone in the body, while ensuring that the aromatase enzyme does not show significant activity and does not convert testosterone into a less-favorable hormone – estrogen. In addition, curcumin is a compound that affects health aspects such as strengthening the cardiovascular system and limits the development of the prostate gland. Scientific sources also confirm its action supporting slimming, as well as the fight against some viruses.

However, all these aspects concerned health rather than strict support in building a sports form. As it turns out, the addition of curcumin in the diet may contribute to the more efficient work of the muscle by increasing its ability to generate energy as well as accelerated regeneration.

The only limitation of the study is the fact that it was made to order by a company located in India, besides, the test was done on rats. It should be noted that curcumin currently is not protected by any patent, i.e. performing tests that state vaguely that a given substance is simply active and useful in sports, it seems to be trustworthy. Nevertheless, common sense tells us that some goal in this type of research had to exist. Perhaps in the future, researchers will seek to patent this type of extract.

What’s more, there are a lot of scientific publications that testify to the pro-health activity of curcumin, so duplication of this type of publication would rather go against the goal, so maybe this time the scientists just wanted to explore its operation from a different angle?

How did the test work?
Researchers chose a group of 28 rats, divided into four groups:

The dose that rats received per human equivalent was about 1000-1250 mg. After the endurance test, which consisted in keeping the rats as long as possible on the pool surface, the authors of the study drew the following conclusions:

Rats that trained and consumed curcumin had much better strength. The conclusion is not surprising, however, the way in which this type of change has taken place is interesting. Turmeric caused a lower concentration of glucose and lactic acid. What’s more, insulin sensitivity increased, which made the rats use sugar more effectively in the group where curcumin was used and less tired. All markers associated with fatigue and muscle damage were reduced.

How to use supplementation with curcumin?

As suggested by the study, the optimal dose, which acted on rats, was within 1250 mg of regular turmeric, which should be taken in the morning. Due to the fact that turmeric is poorly absorbed, it is recommended to use it in the presence of piperine, which improves the use of the supplement.

If we buy a standardized preparation for the amount of curcuminoids, we have to look at it to be around 95%, then 600 mg of the preparation should be taken daily because this amount will translate into effective biological activity.

Supporting the organism’s immunity should be based mainly on products, naturally boosting our immune system, which quite abundantly appear in food. Due to the latitude that we live in as well as weather changes that may play tricks on us, our immunity may face many challenges. In the period of seasonal changes, we are  prone to viral infections, colds and all kind of health disorders, as well as worse mood.

Susceptibility to all these factors is related to changes of temperature, the amount of available sunlight and also, such petty reasons as bad clothing, not adjusted to weather conditions. Additionally, strength training causes stress for our organism and in this period we should take care of proper nutrition and regeneration. It is also important to carefully dry out our body and calm down the pulse after training, which will be related to better heat isolation.

However, returning to the essence, what supplements should we use to naturally support immunity?

Pro-health effect of garlic and its whole phenomenon is owed to the so-called natural antibiotics contained in its composition. While antibiotic as a drug is often associated with something negative (correctly, as antibiotics constitute the source of problems with bacterial flora, which does not undergo regeneration after the therapy, as it is commonly thought and people who were intensively treated with the preparations based on antibiotics are often forced to support their diet with probiotics for the rest of their lives), allicin contained in garlic demonstrates bactericidal effect, decreasing microbes and fungi.

Thanks to this product, the organism will be supported in the fight with microbes causing inflammations, exposing our organisms to infections and diseases. In the periods when we feel that something bad is starting to happen, we may successfully increase the amount of garlic we eat daily, which demonstrates strong ad hoc influence.

The form of garlic that we can eat is discretionary, however, it should be borne in mind that while choosing garlic in the grocery store, we should look for the one with violet tinge, which doesn’t look perfect (it’s not white) and does not come from the Chinese crops. One garlic glove daily should be sufficient to support the activity of our immune system. A desirable solution will be the application of the product, which contains mainly allicin in its composition.

A basic product associated with the immunity of human beings. Vitamin C demonstrates strong antioxidant properties, supports the fight with free radicals, alleviates the consequences of oxidative stress. Moreover, it supports decreasing the stress hormone, cortisol. In sports supplementation it also finds application in supporting joint regeneration – facilitating the processes related to the synthesis of collagen. Vitamin C takes care about tightening blood vessels, without causing spreading of microbes around the organism.

However, bear in mind that this compound is quite sensitive to the activity of high temperature, which means that long-lasting thermal processing deprives food from this vitamin. In dietary supplements, vitamin C appears manly as ascorbic acid. Additionally, it is worth choosing a product, which will have in its composition also bioflavonoids, curcumins or rutin.

Dosing: 1-3 g per day, in the period of colds, the dose may be increased to 10-15 g per day in small, frequent portions during the day.

Vitamin D3 has recently become a supplementation hit, which by means of wide advertisement in the media has gained popularity. As slogans show, its deficiencies are very common and each of us should take care of additional supplementation. At bottom, the level of vitamin D3 should be tested before we turn to supplementation, however, it turns out that advertising slogans are fully justified and not many people know whether they actually have the right level of vitamin D3 in the organism. This vitamin fulfills many functions, from supporting the immune system, through taking care of the condition of the osteoarticular system to the improvement of well-being and mood. It also takes part in the synthesis of many important hormones, including testosterone. Since its role is very wide, it has been hailed as the “vitamin of life”.

Vitamin D3 abundantly appears in such products as: fish, such as eel, herring, mackerel and eggs. Our organisms are also an invaluable source of vitamin D3, as during exposure to sun, the process of synthesis of this vitamin takes place in our bodies.

Dosing: 2000 IU per day as a starting dose. Higher doses should be applied under laboratory control.

The three above mentioned supplements constitute the fundament of the functioning of the immune system and optimize the activity of many organs, taking care of their proper physiological state. The list may be considerably extended by more advanced products, such as for example NAC or curcumin, however, we have tried to enumerate the preparations commonly appearing in shops and the application of which is not problematic.