There are many different theories on the harmfulness of butter

A large part of them is simply not true. For the purposes of this article, I allowed myself to make a brief review of the prevailing stereotypes about butter, choosing the six most popular myths.

Fruits no longer contain vitamins, milk – calcium, and butter are only saturated fats and cholesterol. Although it is a fact that butter obtained on an industrial scale is different from the butter prepared in a traditional farm, it still contains valuable for our health ingredients such as vitamins A and D, butyric acid inhibiting the multiplication of mutant cells or conjugated linoleic acid showing anti-sclerotic and anti-carcinogen action. 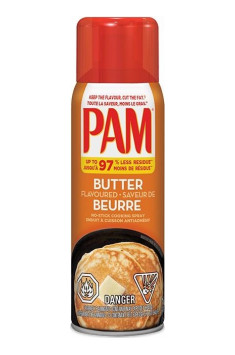 Actually, the butter contains mainly saturated fatty acids and it is believed that high intake of them may be harmful to the circulatory system. It is worth knowing, however, that in scientific research, it is increasingly indicated that the consumption of saturated fat is not an independent risk factor for cardiovascular diseases. Similarly, it is also worth knowing that some of the fats contained in the butter are monounsaturated acids, medium chain acids, or the previously mentioned conjugated linoleic acid (CLA) and butyric acid.

Although there are high-quality soft margarines on the market, most products of this type are not particularly suitable as a permanent menu item. Why? The reason lies in the trans fatty acids of industrial origin present in margarines, which prominently promote cardiovascular diseases and disorders of the insulin-glucose economy, and impair the metabolism of polyunsaturated fatty acids. All margarines containing hardened (hydrogenated) vegetable fats are an abundant source of these fatty acids.

Although conventional butter (extra butter, butter), should not be heat treated, there is a great alternative in the form of clarified butter, with which you can safely heat. The fats contained in clarified butter are unlike most vegetable oils resistant to high temperature and better than corn or sunflower oil, they tolerate even long-term frying or baking.

You can read also: Peanut butter, not as bad as they say

We usually associate cortisol as a bad hormone, which slows down slowly, builds muscle tissue, and regenerates. However, it is necessary for the proper functioning of our body. Cortisol is a steroid hormone that prepares the body to fight stress associated with illness, trauma, and fear – it raises sugar in these situations, increases the frequency of breathing, and speeds up the heartbeat. It is our protection, which in itself says that it works best in exceptional situations.

When its increased secretion is excessive then our body falls out of balance – sleep problems, anxiety, lack of regeneration, nervousness. It is also responsible for muscle catabolism by reducing protein synthesis. It can therefore be said that it has the opposite effect on testosterone in this regard. Of course, cortisol does not have only a negative effect – it helps to reduce inflammation.

The level of cortisol during the day changes. It is highest in the morning, then it decreases during the day. It is not a gradual decrease, because the stimuli we have during the day can affect it, for example, training, stress at work. That is why it is so important to avoid overtraining or permanent contact with stressful factors, because then our training goals may go into oblivion.

How to prevent the maintenance of high cortisol? How to control it?

Besides taking care of an appropriate lifestyle, it is also worth taking a look at diet and supplementation. One of our allies is fish oil. In addition to regulating cortisol levels, it also helps to burn body fat and improves overall health. Many studies have shown that regular fish oil supplementation significantly reduces cortisol levels by managing the level of proinflammatory levels of cytokines and norepinephrine.

Quite recently, a group of Italian scientists from Universita Politecnica delle Marche recruited 31 alcoholics for the study. The aim of the study was to check what dose of fish oil will affect the level of their cortisol. This group was chosen because at the moment when the alcoholic stops drinking, his level of stress hormone increases significantly. The group was divided in half – the first one received 21 days a capsule daily from 1g fish oil 252 mg DHA and 60 mg EPA and the other, a placebo. The results revealed that in the first group, cortisol levels decreased, anxiety and stress also decreased, and the cortisol production remained unchanged in the placebo group.

There is a significant difference between alcoholics and healthy people in many biological processes, but the effect of fish oil on cortisol levels in both groups has had positive effects.

When is best to supplement fish oil? Research suggests that the optimal time is the evening, for example, for dinner or just before bedtime.