Black cumin is also known as black cumin, black sesame, Roman coriander, in older black cumin books it is also called the grain of Benedict. In general, the name black cumin comes from the Latin word nigellus or niger, meaning black. Regardless of what naming we use, we should reach for the nigella as often as possible. It is a plant that has been recognized in antiquity. Today it has lost some popularity in favor of exotic superfoods, but it is definitely worth reinstating it in the form of grains and black cumin oil. Why is it worth to include black cumin in the diet?

The use of black cumin

To fight disease. Black cumin supports the immune system of the body (it has an immunoprotective effect), thanks to which it protects us against the action of both bacteria and viruses. For this reason, it is worth reaching for it in the autumn and winter, although it is possible to use black cumin all year long. It is a plant that promotes the production of antibodies, therefore it prevents infections and speeds up the treatment of those that have already appeared. Interestingly, black cumin is perfect for allergy sufferers. Research shows that it has an antihistamine effect, thanks to which it reduces allergic reactions. In some parts of the world, black cumin (and more precisely, black cumin oil) is used as an auxiliary in the treatment of asthma – it improves lung function, minimizes wheezing, and thus reduces the dose of conventional medicines. Black cumin also has antifungal activity – including Candida Albicans.

A way to anemia. With anemia, it is usually recommended to eat red meat or to drink nettle juice, but it turns out that the treatment of anemia can be supported with black cumin. This plant increases the level of hemoglobin and the number of erythrocytes, thanks to which anemias recover more quickly.

For parasites. Black cumin prevents the development of tapeworms and other parasites, including pinworms, so it is worth giving it as often as possible to children who are particularly vulnerable to contact with nematodes. Black cumin is effective in the fight against schistosomiasis (a parasitic disease caused by Schistosoma flukes). In addition to daily hygiene, it is also worth giving preventive blackcurrants to all family members.

For the treatment of skin lesions. This property was used especially by the ancients; Black cumin was a very popular drug for all skin inflammations. It is worth knowing that this plant is suitable for atopic dermatitis and for fungal infections (due to its antiseptic and antifungal properties). In addition, it also promotes the treatment of acne. In case of inflammation, it is best to use it externally; you can wipe your face with blackberry infusion and you can rub oil into your skin and leave it overnight. Antibacterial action will prevent the further spread of acne and will speed up the treatment of the resulting breakouts.

For people with insulin resistance. It helps regulate blood sugar, protects the pancreas, promoting its regeneration and renewal of pancreatic islets responsible for the production of insulin. It should be included in dishes containing carbohydrates, so that glucose does not jump rapidly after a meal.

In addition, black cumin protects against the effects of radiation – in the study black cumin prevented damage caused by ionizing radiation in radiotherapy. Black cumin also helps to get rid of hypertension. Black cumin not only lowers blood pressure and reduces the risk of blood clots, but also protects against the growth of harmful homocysteine, leading to the development of atherosclerosis. Prevents the formation of kidney stones. It reduces the concentration of oxalates in the urine and inhibits the formation of kidney stones. It also works anti-ulcer in the stomach. Black cumin oil causes an increase in the amount of mucin (a component of saliva and bile, also present in the intestine) in the mucous membrane of the stomach. Black cumin has also proven effectiveness against Helicobacter pylori bacteria. It brings relief in the case of symptoms of gastro-oesophageal reflux. Black cumin regulates menstruation, and supports lactation in nursing women. 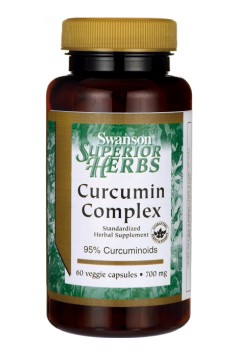 In black cumin, we find fatty acids, proteins, alkaloids, saponins, flavonoids, essential oils, vitamins and minerals. Black cumin is a rich source of unsaturated fatty acids, mainly linoleic acid, as well as oleic acid and rare eicosadienoic acid. In black cumin you can find, among others thymoquinone, thymohochoquinone and dithymoquinone, i.e. chemical compounds with antioxidant, anti-inflammatory, anti-tumor, antifungal and antibacterial properties. Black cumin seeds are a rich source of vitamins (at least vitamin E, from group B) and mineral salts – calcium, iron, potassium, zinc, phosphorus and copper. In black nigella, we can also find phytosterols and a number of less known phytochemicals.

Rescue for hair and skin

Black cumin oil was appreciated by people fighting dandruff. Interestingly, black cumin not only cures skin inflammation, but can also reduce baldness. It is recommended to use it directly on the hair as a wiper, but it can also be used as an internal support. Black cumin contains valuable unsaturated fatty acids, mainly linoleic acid, oleic acid and rare eicosadienoic acid – necessary min. for the health of hair, skin and nails. In addition, it can affect faster hair growth because it stimulates the bulb. For this reason, it is worth using oil directly on the base and rub into the scalp. Black cumin oil is an effective remedy for sunburns, ulcers, cuts and purulent lesions.

The use of black cumin in the kitchen

Black cumin is most often used as an addition to bread and cheese. The seeds are added to sauerkraut and pickled cucumbers. Black cumin will be useful primarily in dry dishes , because it has a characteristic, spicy taste (sometimes used as a substitute for pepper). It is worth to use it as a spice, and the oil can be added to salads to enhance their taste. Black cumin will be perfect for all marinades for meat; it combines well with with poultry, it also fits well with cottage cheese.

You can read also: Curcumin – a natural alternative to painkillers!

It is sometimes called vitamin H or B7 and has large influence on the condition of hair. Biotin influences hair to a considerable extent and is a very important ingredient, the deficiency of which may lead to hair loss. How to protect from this? In which products will you find biotin?

Biotin is essential for the proper growth of hair

It is a component of enzymes, the task of which is to catalyze the reaction of carboxylation – which in the “human” language means the processes taking place in the synthesis of sugars, proteins and lipids. According to researchers, problems with hair and skin in people with biotin deficiency are related to the disorders of fat metabolism.

Biotin is also a natural source of sulfur, which in turn is essential to produce creatine, i.e. a basic building block of hair and nails.

Biotin also inhibits hyperactivity of sebaceous glands. Excessive secretion of sebum may lead to seborrheic dermatitis – a common cause of baldness. Additionally, it is worth mentioning that biotin is important for the proper work of the thyroid gland, the disorders of which are also the cause of deterioration of hair condition and its loss.

What are the causes of biotin deficiency?

The cause may be intrinsic deficiency of biotinidase. However, most often deficiencies are related to bad diet and pharmacological treatment. Biotin is displaced by the ingredients of anti-convulsant drugs, such as phenytoin or carbamazepine. There also occur the disorders in the absorption of this vitamin. Biotin deficiencies are also observed among people, who have gone through a long-lasting antibiotic-therapy. Therefore, a side effect of the treatment are often nail brittleness, inhibition of hair growth and its worse condition.

A point of interest

Biotin is “forced out” from the organism by alcohol. Therefore, it should be quit in the period of fighting with hair loss.

Which products are the source of biotin?

Vitamin B7 is present in many food products. They are i.a. liver, egg yolk, soya, lentil and yeasts. However, in case of biotin deficiency, its natural sources are not sufficient and supplementation is needed.

A piece of advice

The most valuable supplements also contain – apart from vitamin H – zinc, silicon and gelatin hydrolysate, i.e. the key components for proper hair growth. However, pregnant women should be careful with such supplements, as it was proven that biotin may permeate to mother’s milk. Therefore, it is better not to take this vitamin in the form of tablets during pregnancy and breastfeeding.

There is also a strong relationship between  biotin deficiency and problems with hair loss. However, before you reach for supplements, consult with trichologist – the cause of your problem may be somewhere else.