The properties of pineapple have long been used in unconventional medicine.This fruit is used, inter alia, to treat respiratory infections, to improve digestion or to help in healing wounds and fractures, and even to remove parasites from the gastrointestinal tract. pineapple is also used by doctors, thanks to the content of vitamins, minerals, fruit acids and bromelain (bromelines) – a group of enzymes with many medicinal properties.

Pineapple has been a star of unconventional medicine for decades.It has only been used by doctors for decades the main properties of pineapple, mainly thanks to bromelain – a group of enzymes that have anti-inflammatory, anti-swelling and slimming properties, thanks to which pineapple owes its specific taste. 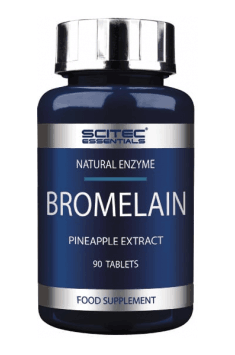 Pineapple on the ponds

Because bromelain has analgesic properties, it works great for osteoarthritis and rheumatoid arthritis, and it is also used for gout attack, as it relieves pain and additionally facilitates the removal of excess uric acid from the body, which causes this disease.

Pineapple is a source of manganese, iron and copper – elements that are responsible for the condition of the bones Manganese facilitates absorption of calcium by the body and its absorption into bone tissue, iron prevents bone fragility, and copper plays an important role in the formation of collagen – the protein entering in their composition. Therefore, pineapple, protecting bones, also helps to prevent osteoporosis.

Bromelain supports healing of wounds, including burns and post-operative wounds, and acts on them disinfectively. In some countries, such as in Japan and Taiwan, bromelain is also used in the case of insect bites and bites by animals.

Pineapple supports the work of the digestive system

Bromelain, by degrading proteins to polypeptides and digesting them faster, improves and accelerates the process of digestion, which is why it is used for indigestion and poor gastric juice secretion, and can prevent constipation and bloating, a condition for bromelain to eat raw.

Bromelain relieves numerous infections of the respiratory system, for example, gargle with fresh pineapple juice relieves cough. From the preliminary research of scientists, bromelain also reduces the density of mucus, so that in the future it may be an effective drug for asthma and chronic bronchitis.

It has been proven that bromelain has an anti-thrombotic effect – it prevents the platelets from sticking together and dissolves already formed blood clots, thus preventing coronary disease or thrombophlebitis.

100 g of pineapple contains 48 mg of vitamin C, thanks to which it meets 80% of the daily demand for ascorbic acid. Vitamin C not only supports the immune system, it is also the basic antioxidant of the body that defends the body’s cells against free radicals.

Bromelain increases the absorption of proteins, which are the building material of muscles, and enables their fuller digestion, which indirectly contributes to the increase of muscle mass.

Pineapple has its slimming properties primarily due to bromelain, which accelerates metabolism. Bromelin also has cleansing properties – it improves microcirculation and helps remove excess fluids from the organism Pineapple is also a source of pectin – dietary fiber that swells and fills the stomach, giving a feeling of satiety at This fiber also supports the detoxification process of the body.

Importantly, such properties have only fresh and ripe pineapple (unripe unnecessarily acidify the body.) This canned, bathed in a sugar pickle, is a caloric bomb, devoid of vitamins and minerals.

Do you take these medicines? Do not eat pineapple!

Scientific research has shown that bromelain interacts with certain drugs, especially antibiotics (especially tetracycline and amoxicillin), as well as anticoagulants and sedatives.Fresh pineapple consumed simultaneously with these drugs can increase the absorption of active substances in the body contained in them, and thus – intensify their action.

You can read also: Slimming beverages