Alpha-lipoic acid hiding under the abbreviation ALA is also known as thio-octanoic acid. In terms of structure, it resembles vitamin, but it dissolves in both water and fats. Let’s learn about the properties, application and sources of alpha-lipoic acid.

The organism has learned to produce this substance, but in rather small quantities. In addition, ALA acid can also be found in some foods. Alpha lipoic acid occurs in a double role – a compound that supports the conversion of food into energy and a strong antioxidant. One day, an unknown scientist stated an important regularity – in order to use the potential of alpha-lipoic acid as an antioxidant, it must be supplemented, and the shelves of pharmacies and some stores hit ALA in capsules.

Alpha lipoic acid acts as an antioxidant for special tasks, it does not replace vitamin C or E – the strongest antioxidants among vitamins. Alpha-lipoic acid works with them by regenerating their antioxidant properties. The issue of solubility is not irrelevant here. As we remember, vitamin C is soluble in water – fights free radicals in the aquatic environment. Vitamin E is fat-soluble and develops its potential only in such an environment. ALA dissolves in both water and fats, which is why its activity is so effective.

ALA acid as a regulator of blood sugar level

Alpha-lipoic acid effectively supports the treatment of patients suffering from type 2 diabetes, because it improves the sensitivity of cells to insulin and supports the transport of sugar into cells. Patients with type 2 diabetes often have low sensitivity to insulin. This condition, known as insulin resistance, appears before the development of diabetes. In addition, diabetics are exposed to complications on the diabetic basis – even heart and nervous system diseases. Alpha-lipoic acid helps prevent this. A powerful antioxidant protects cells against damage that gives rise to diabetic neuropathy. ALA acid also protects the liver – this compound increases the level of cysteine ​​used for the synthesis of glutathione known as a highly detoxifying substance of the liver.

Alpha lipoic acid stimulates stem cells to divide and differentiate. This effect is limited to the liver. ALA acid in this way promotes the regeneration of the damaged organ. It is used both in the course of acute liver diseases and in the case of chronic diseases. The potential of the discussed supplement can also be used in the fight against the excess of heavy metals in the body, such as lead, cadmium or mercury. Heavy metals can form chelates with ALA and can thus be safely removed from the body. ALA has a beneficial effect on diseases associated with excess metals, e.g. iron, in the case of a condition called hemochromatosis.

It supports the most active

Alpha-lipoic acid effectively supports the process of losing weight in people who are physically active. This ingredient is a coenzyme needed for the metabolism of fats and carbohydrates. Thanks to it, an energy molecule can be created that occurs in cells. Alpha-lipoic acid improves the availability of glucose in the muscle cells necessary for energy production.

Where can we find ALA acid?

As mentioned above, ALA acid can be found in some types of food, including liver, beef and yeast. Animal sources of ALA also include offal other than the liver. The springs and broccoli are plant sources of lipoic acid. In animal organisms (also in humans) this compound is formed by the synthesis of cysteine ​​and caprylate. The amount of alpha-lipoic acid provided with food is, however, insufficient to benefit from its operation. Therefore, most people go for supplements that contain it. And so, the recommended daily dose is between 20-50 mg per day – for a healthy adult consumer. The situation is slightly different in the case of diabetics, where the recommended daily dose is in the range of 300-600 mg per day. However, you should not take as much ALA as you can without consulting your doctor. When selecting the preparation, attention should be paid to bioavailability – individual funds available in pharmacies may differ in this respect. Preparations containing liposomal ALA are particularly recommended. Its advantage is that ALA derived from a tablet or capsule has a short half-life in plasma. In addition, he has difficulty in overcoming the blood-brain barrier. The liposome is stable and ensures the prolongation of the action of alpha-lipoic acid. Liposomal molecules can also lead to prolonged action and more efficient entry into the brain.

Safety of pricing over effectiveness

It is necessary to use the exact dosage in such doses as recommended by the doctor or manufacturer on the packaging, although no adverse effects have been identified so far – however, this does not mean that there is no risk of their occurrence. By supplementing alpha lipoic acid, you can simultaneously supplement vitamin E and vitamin C. If you suffer from diabetes, remember to systematically control the level of sugar in the blood during the supplementation period, especially when you additionally use oral medications, which work by lowering blood sugar levels. 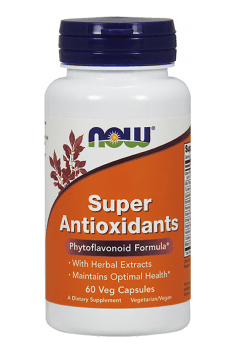 Referring to the information on ALA from various sources, one can also come across the data according to which this compound is an eight-carbon fatty acid whose structure includes saturated bonds. On the other hand, ALA is also a coenzyme of fat oxidation pathways and a powerful antioxidant. It protects energy centers of somatic cells from the adverse effects of metabolic stress. ALA is therefore not a single face, and any information can in fact be considered truthful and justified in the light of current medical knowledge. However, it should be emphasized that the acid was previously considered to be a vitamin. It was also thought that ALA acid was derived exclusively from plants. Today we know that this fatty acid can also be produced in the body of animals and humans.

DHLA may be formed from lipoic acid

The structure of ALA is characterized in that the seventh and eighth carbon atoms are connected by a sulfur atom thus forming a dithiol ring. This ring can be cleaved, resulting in the formation of DHLA (dihydrolipoic acid).

A supplement used in medicine

Alpha lipoic acid is not only recommended as a dietary supplement. The fatty acid is also seriously treated by conventional medicine. It has valuable immunomodulatory, antioxidant and hypoglycemic properties. The first of these properties are used in the treatment of asthma and multiple sclerosis. They are diseases in the course of which the immune system becomes excessively reactive. In turn, due to its antioxidant and hypoglycaemic properties, ALA has also been used in the treatment of type 2 diabetes, which has already been discussed above.

But this is not the end!

Conventional medicine sees ALA acid as an adjunct to the fight against civilization diseases, not only because it slows down the aging process of the body. Doctors are of the opinion that the proper use of alpha-lipoic acid helps in the prevention of atherosclerosis and heart disease. This fatty acid improves the functioning of the endothelium of the blood vessels. In addition, ALA supplementation significantly improves lipidogram results because it lowers total cholesterol. During the course of supplementation, the LDL cholesterol level in the body decreases and the HDL fraction increases. For those who are slimming, suffering from overweight or obesity – ALA is beneficial because it reduces the amount of hunger hormone (leptin). In addition, this chemical compound effectively limits the adverse effects of chemotherapy.