Water is essential in all cells of the human body. Without it, there is no life, and its lack in a few days can lead to death. Insufficient hydration of the body disturbs its balance and leads to many disorders of health. There is still much talk about the negative effects of coffee and tea on the body’s water management. Are coffee and tea dehydrating?

Proper hydration of the body
Water is the most important inorganic ingredient in the body. It performs many important functions, including supports metabolic processes, facilitates the movement of fecal mass, cleanses toxins, transports organic and inorganic components to all cells and regulates body temperature.

The demand for water depends on many factors, i.e. age, sex, weight or fat content. The body needs more fluids along with increased physical activity and increasing ambient temperature, which is caused by additional loss of water along with sweat. Because water is involved in metabolic processes, the demand for this ingredient increases with the increased energy value of the diet. Also, particular macronutrients are important because a large amount of protein in the daily diet contributes to increased diuresis.

The water level in the body should always be at the same level, i.e. the water balance must be zero. This means that the amount of water supplied with liquids and food and arising in the combustion processes should be equal to the amount of water excreted in urine, feces, and then exhaled air.

Dehydration of the body – symptoms
The body cannot store water. Therefore, its lack in the diet quickly leads to dehydration. The first symptoms are already present with a 1% water loss. There is then a decline in physical performance, reduced thermoregulation and a lack of appetite. With increasing dehydration, there are problems with concentration, headaches, drowsiness, nervousness, increased body temperature, and respiratory rate.

Coffee and tea as a source of water
The source of water for humans is drinking water, various types of beverages and food products. Coffee ranks second in the ranking of the most frequently consumed beverages.

The US Department of Agriculture (USDA) issued a statement recommending the intake of liquids without added sugar to reduce its amount in the diet. However, he does not pay attention to diuretic drinks, such as coffee and tea. The US Food and Drug Administration (FDA) recommends that healthy adults consume no more than 400 mg of caffeine per day, which is about 3-4 cups of coffee a day.

Do coffee and tea have a dehydrating effect
A popular myth about the allegedly draining effect of coffee and tea is based on the presence of caffeine in their composition. Caffeine is a natural substance that occurs in coffee, tea, and cocoa. This substance inhibits the reabsorption of sodium in the kidney tubules, and consumed in large doses (> 500 mg) has a diuretic effect.

The purpose of one of the studies conducted by Grandjean A. et al. Was to determine the effect of various drinks, including caffeine, on the hydration status of the body. The study involved 18 men aged 24-39 who drank various caffeinated drinks, a total of 624 mg per day. The loss of water was determined by determining the amount of urine output. In men, there was a decrease in total body water by 2.7% and an increased urine output by 42%. Because the project participants consumed caffeine drinks every day, and 5 days before the study eliminated caffeine from the diet, the test results should be interpreted very carefully. Also, the authors themselves do not confirm the dehydrating effect of caffeinated beverages.

On the other hand, studies carried out by Killer SC, Blannin AK and Jeukendrup AE did not show the drainage properties of coffee. The study involved 50 men, who usually drank 5-6 cups of coffee a day. The experiment was divided into 2 trials, each of them lasting 3 days. During the study, men consumed 4 times a day 200 ml of coffee, which contained 4 mg of caffeine per kilogram of body weight or in the same amount of clean water. The physical activity of the participants and the solid and liquid food they eat were monitored throughout. The level of hydration of the body was tested before and after each trial. The study did not show statistically significant differences in the hydration of the body between coffee consumption and the consumption of clean water.

In the context of the dewatering effect of tea and coffee the most important is the dose, which was confirmed by the study of Seala AD et al. The researchers showed that the consumption of 6 mg of caffeine per kilogram of body weight per day can cause a diuretic effect, while 3 mg/kg bodyweight does not disturb the water balance in body.

In 2015, the European Food Safety Authority issued an opinion according to which the dose of caffeine above 6 mg/kg body weight per day does not contribute to the disturbance of the body’s water manage

The caffeine content in coffee also varies and depends on the type of coffee, the production process, and the brewing method. Robusta coffee contains twice as much caffeine as arabica coffee.

To sum up, to make tea and coffee dehydrating, drink on average 10 cups of black tea or 5 cups of brewed coffee per day.

Cherries are associated primarily with carefree childhood or holidays spent with grandparents. They are a source of macro- and micronutrients and vitamins necessary for the proper functioning of the body. 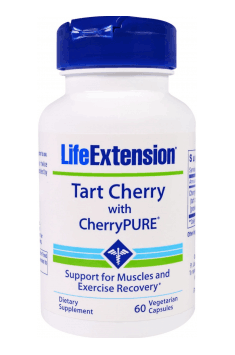 Nutritional value
In 100 g cherries, there is 63 kcal. The energy comes mainly from carbohydrates and in a small amount from protein and fat. These fruits are a source of potassium, phosphorus, and calcium. Due to the low glycemic index (IG = 22), they are recommended for diabetics. Sweet cherries contain water-soluble vitamins B and C as well as fat-soluble vitamins A and E.

The omega diet is not a conventional diet. Its goal is not to lose weight or fat, but to change your eating habits and improve your health. It was developed by a British nutritionist Judith Wills and quickly became a bestseller. The diet seems simple and effective. It is based on the consumption of larger amounts of omega acids, which have a very positive effect on our health.

Fatty acids – unsaturated for health
Our body does not produce unsaturated fatty acids, but it is necessary for its proper functioning. 90% of the neurons consist of omega-3 fatty acids. They have a beneficial effect on the nervous system, improve memory and concentration. However, they must be regularly supplied from outside. Their deficiency causes dangerous effects on health.

These include, among others, inflammatory reactions in the body, inhibition of growth of infants and children, development of skin lesions, drying of the skin, delayed wound healing, increased sensitivity to infection, excessive capillary fragility, abnormal cholesterol metabolism and dysfunction of many tissues and organs. From the positive aspects of eating unsaturated fatty acids, it is important to strengthen the heart, improve the complexion, eliminate hair loss and affect the functioning of the joints.

Unfortunately, these fatty acids are much less consumed in Poland than recommended by nutritional standards. The research of scientists shows that

In the daily diet of many Europeans, there is too much omega-6, while we provide too few omega-3 fatty acids. Excess omega-6 causes the body to be more susceptible to inflammation and cancer development because its immunity is reduced. Omega-3 acids thin the blood, which prevents the formation of clots that cause heart attacks and strokes. They also help to lower cholesterol and thus prevent atherosclerosis.

All food products, exclusively healthy and conducive to a slim figure, were divided into an omega diet into 12 groups, also called units. Every day you need to eat a certain amount of food from each group. It should fit in 5 meals 3 bigger and 2 smaller ones.

Group 1 is protein products, which include fatty fish, such as mackerel and salmon, lean beef or pork, lean poultry, and game.

Group 2. are oils that we should eat 2 flat spoons daily. The best oils are linseed oil, olive oil, and rapeseed oil.

Group 3. are nuts. They are the source of not only good unsaturated fatty acids but also vegetable protein and vitamins.

Group 4. are seeds that are also a great source of protein and fats. It is best to use pumpkin seeds, sunflower seeds, and linseed. I recommend you still sesame. The seeds blend in perfectly with oatmeal and suitable for salads.

Group 5 is fruit rich in vitamin C. These include citrus, strawberries, currants, raspberries, and kiwi.

Group 6 are other fruits. Here are the fruits not mentioned above and their dried versions.

Group 7 is green vegetables. They are rich in iron and vitamins. We should eat them at least 150 grams a day.

Group 8 is red and yellow vegetables. The carrot, tomatoes, peppers, corn, turnip, and radishes have their place in this section.

Group 9 is leguminous vegetables, in which we can choose from several types of beans, peas, lentils, chickpeas, and soy. They are an ideal source of protein, fiber, and vitamins.

Group 10 is carbohydrate products such as bread, pasta, and rice, but also groats. We can choose a large arsenal, so we can experiment in the kitchen a lot.

Group 11 is the source of calcium, which in this case are primarily dairy products. Their daily portion should be eaten in two meals because then the calcium will be better absorbed.

The last 12th group is the most important component – water. Without adequate water, the body can not function properly.

The basic feature of the omega diet is diversity, so we can freely compose your meals – of course, based on a group of 12 products. It gives a very wide field for all cooking enthusiasts. You can create real culinary works of art. The omega diet reduces the risk of cancer cells being activated. It should also be used by people who are suffering from diabetes, hypertension, and osteoporosis. It is worth noting that losing weight on such a diet is only a side effect and you have to wait longer for this result than with traditional diets. However, this way of feeding is healthier – and additionally, it eliminates many health problems that may occur when omega-3 fatty acids are deficient.

The omega diet is not a conventional diet. Its goal is not to lose weight or fat, but to change your eating habits and improve your health. It was developed by a British nutritionist Judith Wills and quickly became a bestseller. The diet seems simple and effective. It is based on the consumption of larger amounts of omega acids, which have a very positive effect on our health.