Every few years, scientists change the front, once proclaiming eggs with heart and vessel killers, again claiming to be the source of the most valuable substances.

The fact is that eggs are a rich source of cholesterol, cholesterol is the main component of atherosclerotic plaques occluding vessels, leading to heart attack, stroke and organ failure. However, please do not draw too hasty conclusions from this!

Cholesterol level in the veins only slightly depends on how much we eat it, gobbling eg eggs or butter. Most (up to 80%) we produce … ourselves! During the day, we produce 700-800mg. Mainly in the liver (50%), skin (30%), intestines (15%), as well as in adrenal glands, skeletal muscles and brain (5%). This internal production is precisely regulated and sufficient for the proper course of metabolic processes. In addition, cholesterol is supplied with food (300-700 mg per day), of which in the European diet about 1/3 falls on eggs. During the day, the human body has to deal with the conversion of 1-1.5 g of cholesterol. Why do we make it when it hurts us? Well, although excess cholesterol can be fatal, its deficiency has equally catastrophic consequences. No cell of our body could work properly without cholesterol, because it is an indispensable component of cell membranes. As a compound with a large molecule consisting of as many as 74 atoms (C27H46O), and simultaneously hydrophobic (“disliking water”), it can separate from each other various water environments in which adverse chemical reactions take place. 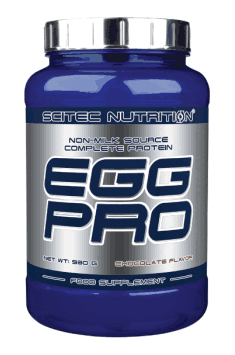 Already at the stage of fetal development, cholesterol participates in the processes of tissue and organ differentiation. When it is not enough, serious disturbances may occur, for example cyclops (monocularity). The brain and nervous system can not grow without cholesterol, because this compound is the main component of the myelin that protects nerve fibers and ensures proper conduction of stimuli. In the presence of cholesterol deficiency, the hormonal economy is also limiting, because the synthesis of steroid hormones (such as cortisol – stress hormone, aldosterone – regulating blood pressure, and female and male sex hormones) decreases. The production of vitamin D3, which “hardens bones” is also weak. Cholesterol is also necessary for proper digestion as a raw material for the production of bile acids, through which we absorb food fats. Cholesterol, which does not form membranes, bile acids or nerve sheaths, circulates in the blood, looking for a job. His “chauffeurs are proteins called lipoproteins. Some, called “bad cholesterol” (so-called low-density lipoprotein – LDL), carry it with blood to the liver, and – what’s worse – to other tissues that have so-called. apoB receptor, including arterial walls. The second – high density lipoprotein (HDL), commonly referred to as “good cholesterol”, take the excess of this compound from peripheral tissues and blood and transport it to the liver, where it can be, among others, converted into bile acids and removed with faeces. Thus, they prevent the accumulation of cholesterol in the walls of the vessels. The more HDL circulates in the blood, the lower the risk of coronary heart disease and heart attack. In healthy people HDL concentration should not be lower than 40 mg / dl, and LDL concentration not higher than 100 mg / dl (maximum ratio 52).

If there is more LDL in our blood, and less HDL, then the risk of atherosclerosis, heart disease and stroke increases. Here we come to the heart of the cholesterol riddle. Well, this risk is associated not with cholesterol alone, but with the concentration, more precisely – the ratio of concentrations of binding proteins. These, however, depend not on the amount of cholesterol consumed, but on the fat consumed. The unsaturated ones (from oil, olives, oils, nuts, avocados and fish) lower the LDL concentration, and increase the HDL. They therefore protect the heart and vessels. The saturated ones (from butter, milk, cheese, ice cream, red meat, chocolate and coconut) increase the concentration of both proteins. The worst are the so-called. trans fats generated in the hardening of oils. They are found in margarines (the harder, the more) and frying fats, in fries, fried ready-made dishes and most industrial baked cakes. They only increase the level of unhealthy LDL lipoproteins, and with it the risk of heart attack, stroke and hypertension.

When there is too much LDL in the blood, the body tries to get rid of these compounds. First, it increases the production of bile acids and removes cholesterol from them with faeces. When this method fails, it tries to store the excess where it is less harmful – in the skin (in the form of the so-called yellows), in the membranes of red blood cells and finally – in the walls of the blood vessels. The latter process leads to a reduction in the flexibility of the vessels and the narrowing of their light, i.e. to atherosclerosis. And here again comes the “egg motif. Each egg (specifically a yolk) is a real cholesterol bomb. It contains about 200 mg on average. This cholesterol must also be removed from the body, otherwise it will be harmful. No wonder that the eggs were stigmatized when the relationship between cholesterol and atherosclerosis and heart attacks was discovered. Only that later tests did not confirm that the removal of eggs from the diet had an effect on lowering cholesterol in the blood. On the contrary, from Harvard research conducted on about 80,000 nurses show that in healthy women, increasing the intake of cholesterol by 200 mg (one egg) for every 1000 kcal of daily diet did not increase the risk of heart disease. Paradox? It was explained by three researchers Sung I. Koo, Yonghzhi Jiang and Sang K. Noh. They showed that the cholesterol contained in eggs does not contribute to the development of atherosclerosis, because the accompanying compound – phosphatidylcholine – reduces its absorption in the intestine. Only a small portion of the cholesterol from the egg is absorbed into the blood. But she also becomes harmless to the walls of the blood vessels, because the lecithin absorbed with it acts as an emulsifier. It connects with cholesterol molecules, prevents them from sticking to the walls of the vessel, and even removes some of those that have stuck there earlier. It can be said that it works anti-atherosclerotic. In other words, the egg is a cholesterol guard. Because at the same time it is a treasure trove of nutrients, vitamins, minerals and trace elements, including those that act antiatherogenic (vitamins D and B12, riboflavin, folic acid), we can easily afford an egg a day. Only people who already have elevated cholesterol or other health problems, such as diabetes or hypertension, should limit themselves to two yolks a week (proteins can be eaten without restrictions).

You can read also: Egg or whey – that’s the question!