Recently, store shelves with gluten-free products are experiencing a real siege, and the Internet is full of information about the harmfulness of gluten and the products in which it is located. Does gluten hurt everyone and is the cause of the epidemic of diseases of civilization, or is it just another dietary fashion? Answers to these questions can be found in the article below.

What is gluten?
Gluten is a mixture of various proteins (including gliadin) found in cereal grains. Gluten occurs in wheat, rye, and barley. For food processing, it has very valuable properties because it gives the bread the desired ductility, making bread and rolls flexible and compact.

Why can gluten be harmful to the body?
From a biochemical point of view, gluten is a very interesting molecule because it has a high content of the sequence of the same amino acids – glutamine and proline. As a result, gluten is resistant to digestion by gastric juice and digestive enzymes. Incomplete digestion of gluten by the body makes it a protein that can over-activate the immune system.

It is also suggested that the increase in gluten intolerance in man results from the gradual increase in its content in cereal grains. However, the research carried out by DD Kasard in 2013 did not confirm this thesis. Similarly, it is not true that wheat is genetically modified.

Does gluten harm anyone?
Currently, there are no scientific grounds to prove that gluten is harmful to everyone and should be eliminated from the diet. Unfortunately, many people opt for such a step and treat the exclusion of gluten from the diet as an element of a healthy lifestyle. However, it should be remembered that eliminating gluten on your own may be harmful to your health and lead to deficiencies of vitamins and mineral salts.

Celiac disease
Celiac disease, or celiac disease, is an autoimmune disease induced by gluten in genetically predisposed individuals. This means that some people with specific genetic changes may develop celiac disease under the influence of various environmental factors. Such predispositions have been described within the genes coding for the HLA core histocompatibility complex proteins. This system is responsible for the proper presentation of various molecules to the cells of the immune system, including gluten.

People with unfavorable variants of HLA-DQ2 and HLA-DQ8 are predisposed to celiac disease because their immune system recognizes gluten as something foreign. As a consequence, there is the secretion of pro-inflammatory molecules, the production of immune proteins (antibodies), the emergence of chronic inflammation and destruction of the intestinal mucosa. Antibodies are produced against gluten proteins (gliadin) and their tissues (tissue transglutaminase) and they are a very important part of the diagnosis of celiac disease.

Celiac disease is present in 1 in 3345 cases, however, studies have shown that in 1 out of 100-300 people the disease may show no symptoms (latent Celiac Disease). It is also emphasized that the disease is increasingly diagnosed in adults, and not so far only in children. Celiac disease, like other autoimmune diseases, is more common in women than in men.

Allergy to gluten
Allergy to wheat proteins, including gluten, occurs in 2-9% of children and 0.5-3% of adults. Allergy to gluten takes place with the participation of the immune system and class E (IgE) antibodies. It is easy to recognize based on the symptoms themselves, because after a few minutes or minutes after eating wheat, there are symptoms from the digestive, respiratory or skin system. In rare cases, life-threatening anaphylactic shock may occur.

Non-erosive hypersensitivity to gluten (NCGS)
NCGS is a mysterious disease described relatively recently, which differs in clinical presentation from other gluten-dependent diseases. The symptoms of NCGS are similar to the symptoms of celiac disease, but they occur more quickly because of hours or days after the consumption of gluten. In contrast to celiac disease, there is no damage to the intestinal mucosa, although the symptoms are very similar. Due to the lack of diagnostic markers, it is very difficult to identify this disease in a patient. Therefore, NCGS diagnostics is based mainly on the exclusion of celiac disease and allergy to wheat, and then the patient is introduced for at least a six-week gluten-free diet and monitors its symptoms. If the patient does not respond to a gluten-free diet, NCGS is excluded.

Does gluten damage the nervous system?
Scientific research links gluten with the occurrence of diseases such as autism, schizophrenia and bipolar disorder. This mechanism may be similar to celiac disease. We know that the phenomenon of intestinal barrier permeability and the occurrence of the transmissible intestinal syndrome (PGI) may play an important role in the pathomechanism of celiac disease. This may result in the passage of gluten into the intestinal mucosa and the activation of the immune system. It has been shown that people with autism and ASD have elevated levels of gliadin IgG. Similar observations have been made in adults with schizophrenia and bipolar disorder. It is also known that gliadin in its biochemical structure resembles endorphins, hormones affecting the nervous system. Therefore, it was hypothesized that gluten, and more specifically gliadin, may combine with opioid receptors in the brain and stimulate it adversely. Very often, proteins like gluten are called exorphines in this context. Although this hypothesis is extremely interesting and could to a certain extent explain the nervous system symptoms that are often complained to persons with celiac disease and NCGS, it still requires further research.

What products contain gluten?
As already mentioned, gluten occurs in wheat, rye, and barley as well as all varieties of these cereals. Therefore, even spelled, perceived as healthier, will be a source of gluten.

The grain is controversial when it comes to gluten content, it is oats. Therefore, it is best to consume certified oats. Also, products that may appear gluten-free at first glance may contain it. Examples include cold cuts, canned meat, and fish, yogurts, melted cheese, and cream. Gluten in food processing is ubiquitous, so if we have to follow a gluten-free diet, we should look very carefully at the labels. To ensure that your product does not contain gluten, you should look for products with a crossed-out earmark. 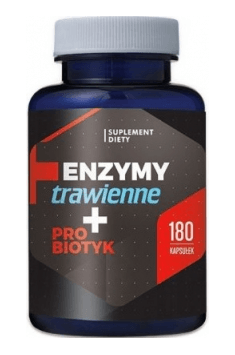