In ancient China, Gotu kola because of its pro-health properties was called the elixir of life. Today, it is known in modern medicine as a medicine for many civilization diseases. What is extraordinary in gotu Koli? Where does it come from? Who can use it and who can harm it?

Gotu kola – origin
Gotu kola, from Latin Centella Asiatica, also known as the Asian Bittern, belongs to the celery family, as are celery, carrots, and parsley. In Sinhala, goth means a cup shape and cola is a leaf. Pennywort is found in tropical and subtropical regions – India, China, Indonesia, Malaysia, Sri Lanka, Thailand, and Madagascar.

It grows mainly around the banks of water reservoirs and in marshes, less often in sunny, rocky places. Its appearance and content of active substances depend on the conditions of the environment in which it grows. In herbal medicine, the aboveground part of the plant is usually used. The herb is harvested before or at the beginning of the growing period because that’s when the plant accumulates the most active substances. In Chinese medicine, it is known as the elixir of life for over 2,000 years.

Gotu kola – acting on the body
Infiniti has its medicinal properties due to its active compounds – triterpene, Asiatic, madekassic, terminolic, brominated and centelic acids. The substances are synthesized during the growth and development of the plant and affect its pharmacological activity. In the herb, Gotu Koli, volatile oils, flavonoids, polysaccharides, and phytosterols have also been isolated. The plant is rich in vitamins A, E, K, C, magnesium, glutamic acid, serine and also alanine. 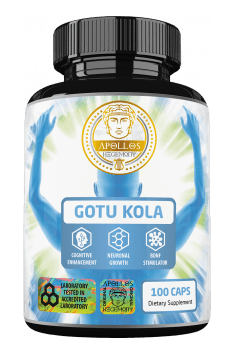 In the Ayurveda of the herb, several applications are attributed to the Gotu kola. Pennywort has a positive effect on the skin, inhibits the formation of wrinkles, further stimulates the growth of hair and nails thanks to the synthesis of collagen and elastin.

Positively affects the central nervous system – improves the functioning of the brain, improves memory, concentration, cognitive functions, reduces anxiety, calms and prevents depression. It inhibits the aging process of nerve cells, thanks to which you can retain intellectual performance. It neutralizes free radicals and protects against oxidative stress. It is a means of removing fatigue, both physical and mental. The plant protects neurons from toxic factors and influences their regeneration.

Gotu kola strengthens the immune system of the body thanks to the polysaccharides contained in it. Pennywort has analgesia in the case of muscle pain, joints and those associated with sports injuries. The essential oil extracted from the Gotu kola has an inhibitory effect on the growth of various types of bacteria as well as fungi, the largest of which is E. coli and A. niger.

Gotu kola – application
Gotu kola has found a wide application in medicine, dietetics, and cosmetology. Asian combust is used in the treatment of asthma, anemia, diabetes, inflammation of the urinary tract and influenza. Also, it supports the treatment of diseases of the digestive tract – dysentery, stomach ulcers, gastritis, inflammation of the liver and ailments such as diarrhea, abdominal pain, and indigestion. Herbs have a positive effect on the cardiovascular system – it lowers blood pressure, prevents vein thrombosis, minimizes varicose veins, improves blood vessel elasticity and blood circulation, and has anti-inflammatory properties.

This is confirmed by studies carried out on patients who received triterpenes from the coliform and they were observed to reduce the feeling of heaviness and pain as well as the swelling of the lower limbs.

The Asian pennywort has a rejuvenating effect, thanks to the synthesis of hyaluronic acid have a significant effect on the reduction of wrinkles and increases in hydration and skin tension. It is also used to eliminate existing stretch marks and to prevent the formation of new ones. Gotu kola can be used in women with a tendency to cellulite, that is, incorrect distribution of fat in the body.

Supports the treatment of skin diseases – pimples, acne lesions, psoriasis, eczema, and vitiligo. It significantly affects the regeneration of the epidermis in the case of burns, ulcers, reduces discoloration of the scars and smoothes them. In addition, it soothes puffiness and dark circles under the eyes. Gotu kola is also used in the treatment of scleroderma – a disease that manifests as hardening of the skin as a result of excessive accumulation of collagen.

The extract of gin has a beneficial effect on the central nervous system, which is why it has been used in the treatment of depression, concentration disorders, memory as well as pains of various origins. It plays a key role in preventing the development of Alzheimer’s disease by stimulating the synthesis of acetylcholine, which is deficient in people with Alzheimer’s disease. In addition, the Asian pennywort shows selective toxic effects on cancer cells.

The therapeutic application of Gotu kola in ancient times has been confirmed in current scientific research.

Gotu kola – side effects
Overdose is toxic and can lead to liver damage, and may cause irritation, inflammation of epithelial and mucous membranes, disturbances of the nervous system, motor system, and also bleeding.

Gotu kola can not be given to pregnant women and nursing mothers, small children, people with low blood pressure and those suffering from epilepsy. People taking aspirin, coumarin, and heparin should exercise caution.

Preparations containing the Asian Bitumen should not be taken in the evening, as this may cause trouble to fall asleep. Combining the Gotu kola with other psychoactive preparations is not recommended.

Gotu kola is one of the most appreciated medicinal plants of the Far East thanks to a wide range of therapeutic applications. The Asian Pennywort has been used for thousands of years in Ayurvedic medicine both externally and internally with a very good result, especially in the treatment of diseases of the central nervous system, cardiovascular system, and skin diseases. Gotu kola is the elixir of life, a remedy for longevity, vitality and intellectual efficiency. 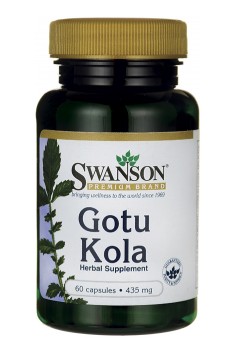 The promising therapeutic effect of the Gotu kola raises the interest of scientists, as evidenced by the numerous studies carried out. To discover other secrets hidden in this plant, it is necessary to conduct further multidirectional biological and chemical research.