Helicobacter pylori is a gram-negative bacterium belonging to the rods, inhabiting the surface of the epithelium covering the antrum-like part of the stomach.

Here you can find probiotics supporting your health – CLICK

The Helicobacter pylori bacterium was discovered by German scientists in 1875. In 1893, the Italian scientist Giulio Bizzozero described the bacteria living in the acidic environment of the dog’s stomach. In 1899, Valery Jaworski observed characteristic bacteria at the Jagiellonian University – he called them Vibrio rugula. He was the first scientist who began to see connections between stomach diseases and the presence of these characteristic bacteria. For the first time, the bacteria were bred in 1982. In 1989, bacteria were classified as Helicobacter. After identifying the microbes, another important question arose – whether they are harmful to health. A group of volunteers decided to drink a suspension containing a bacterial culture. Shortly thereafter, there were symptoms suggestive of acute gastritis. The discovery of Helicobacter pylori and its impact on human health is attributed to pathologists from the University of Perth B. Marshall and R. Warren. For their discoveries, they received the Nobel Prize in Medicine in 2005.

The main bacterium of gastric flora

In the light of current medical knowledge Helicobacter pylori is the most important bacterium belonging to the human stomach flora. In mammals and birds, there are other Helicobacter bacteria that can be infected by humans. Recent reports from scientists indicate that modern humans have been infected with H. pylori before the migration of African people.

What do we know about Helicobacter pylori?

The bacterium Helicobacter pylori is morphologically similar to Campylobacter. It does not produce spores and occurs on the surface of the gastric and duodenal mucosa. The esophagus appears very rarely on the membrane lining. The battery is characterized by sensitivity to external conditions. He’s doing well in a sour environment. Helicobacter pylori can break the protective barriers of the immune system, because it produces a lot of urease, which breaks down urea into ammonia – the latter neutralizes the hydrochloric acid of the stomach. As a result, the environment near the colony of H. pylorii has a slightly lower pH.

Helicobacter pylori has six cilia that allow the bacteria to move and penetrate under the mucous layer. The bacterium also has a pump pumping out H + ions from the cells, which raises the pH in the stomach and an antioxidant system neutralizing free radicals produced by neutrophils (cells of the immune system fighting microbes). Helicobacter pylori produces cytotoxins, such as a vacuole toxin that facilitates the free passage of urea into the stomach. It increases the adhesion of bacteria to the damaged epithelium.

How do we get infected with this bacterium?

For infection with Helicobacter pylori, it is most common in food, early childhood and lasts a lifetime. However, some children may have spontaneous resolution of their infection. Researchers are investigating whether infection can occur through gastro-oral, oral-oral and faecal-oral routes. The infection most often occurs when drinking from shared bottles, eating without first washing your hands.

How does H. pylori infection work?

The bacterium penetrates the mucous layer of the stomach and adheres to the surface of the cells. Using urease, it produces ammonia from urea, neutralizing gastric acid. Without it, it could not survive in an acidic environment. In the next stage of infection, the bacterium multiplies and moves. It destroys the mucosa on the occasion, initiates the inflammatory process and causes necrosis of the mucosa cells, which leads to gastric ulceration.

From infection to inflammation

After the bacteria enter the stomach, Helicobacter pylori causes an acute phase of inflammation damaging the epithelium of mucous membrane with ammonia, cytotoxin A, proteases and phospholipases. Infection with this microorganism causes changes in the mucosa of the stomach type B. In about 80% of cases, no visible symptoms of this disease appear. However, studies of the gastrin level and the secretion of hydrochloric acid do not always show abnormalities. In some patients, when the stomach produces large amounts of hydrochloric acid, inflammatory changes occur in the gastrointestinal region of the stomach (so-called antrum gastritis). Then, gastrin and hydrochloric acid are excessively secreted, and the risk of developing gastric and duodenal ulcers increases significantly. About 5% of infected Helicobacter pylori develop inflammatory changes around the hearth and bottom of the stomach. Studies show an increase in gastrin level and hypochlordhydria. The third type of infection is associated with a high risk of developing stomach cancer.

H. pylori as a cause of peptic ulcer disease

H. pylori infection is very often the main cause of peptic ulcer disease in the duodenum and stomach. Eradication of the microorganism contributes to the cure of the disease and effectively prevents the recurrence of the disease. Disease of defensive mucosal processes, inflammatory reactions, gastric metaplasia and increased production of gastric juice contribute to the development of the disease.

Helicobacter pylori causing chronic infection can contribute to the development of the type of gastric intestinal cancer. Researchers also recognized a correlation between Helicobacter pylori infection and the development of early gastric cancer. Worse, stimulation of the immune system by this microorganism increases the risk of developing gastric mucosal lymphomas (up to about 90% of lymphoid tissues of the gastrointestinal tract). If the vacA gene is found in the bacterial genome, the risk of developing this lymphoma is higher. 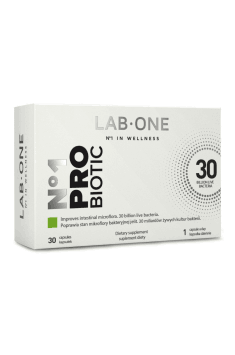 The infection can be diagnosed with endoscopy. Before testing, you need to stop taking proton pump inhibitors, H2 blockers, and antibiotics for about 1-2 weeks. They could distort the results of the study. The invasive diagnostic examination of H.pylori consists in performing gastroscopy with a biopsy. The obtained material can be tested for the production of urease, histopathological examination or cultivation assumption. Outside Europe a test called String test is used. It involves taking a capsule hanging on a string and holding it in the gastrointestinal tract for several hours. After removing it, the culture is made on a selective medium. This method is less uncomfortable than a biopsy gastroscopy, but less accurate.

Diagnosis of H. pylori bacteria can also be done using non-invasive tests such as

An antibody test can also be performed to detect IgG antibodies against H. pylori in blood serum. A PCR test can be performed. It involves the multiplication of a specific bacterial fragment of DNA encoding toxins. Usually, a sample of faeces is tested. The microbial genome is also present in saliva, but due to the low diagnostic value, this study is not likely to be performed. H. Pylori can be detected by immunochemical method (eg by the Giemsa method, by the Genta method).

H. pylori treatment is directed towards the complete removal of bacteria that has nested in the gastric mucosa (eradication). If a patient develops a peptic ulcer, removal of bacteria from the system helps to prevent the recurrence of the disease and will enable permanent cure. Eradication also provides regression in the case of MALT lymphoma developing against H. pylori infection.

In the case of H. pylori, the use of one antibiotic is ineffective. In 1997 in Maastricht, it was established that effective treatment of H. pylori infection consists of using a combination of three drugs for 7 days

Many unprocessed products support the treatment of H. pylori infection. Garlic contains polysulphides with proven antibacterial activity. Broccoli and their sprouts are rich in anti-oxidants with antibacterial properties (sulforaphane and isothiocyanate). Cranberry juice contains proanthocyanidins. Green tea rich in catechins may inhibit the action of urease. An important role is also played by probiotics, which are present not only in pickled products and milk probiotic products, but also supplementation of probiotics such as Sacharomyces Boulardii, Lactobacillus and Bifidobacterium strains.

The active ingredients of herbal preparations against H. pylori include black cumin oil, oregano oil, grapefruit seed extract, cabbage head juice, wasabi, vitamin C and E, selenium, curcumin, quercitin and apple cider vinegar. It should be remembered that the treatment should be under the supervision of a doctor. Using such measures on your own may be harmful. Popular natural treatments for H. pylori infection should also be supplementation with N-acetylcysteine (destroys known. Biofilm H. pylori. Biofilm ensures the survival of the bacteria in the stomach while biofilm causes they are resistant to antibiotic treatment), and licorice deglicyryzowaną. Conventional treatment can also be supported with vitamin and mineral supplementation.

An inadequate diet can make treatment difficult. Therefore, patients are advised to avoid simple sugars that increase inflammation. It is worth eating products with high fiber content, including fruits and vegetables that are rich in antioxidants. Patients suffering from H. pylori infection should avoid high-fat products. However, wholegrain products are highly recommended. In the diet should also be defatted products rich in protein.

The methods of cooking that should be used by patients include steaming and baking. Non-recommended techniques for preparing meals include grilling and frying. According to doctors, some products may irritate the stomach (such as tomatoes and their products, citrus juices, milk, dairy products, spicy foods, spicy spices). Therefore, doctors recommend that you limit their intake. It is also necessary to limit the consumption of salt, alcohol, mint, coffee, cocoa and tea. Paradoxically, citrus fruits provide valuable anti-bacterial ingredients – similarly green tea. This shows that there are not natural methods of treatment for everyone, it is not worth using them without consulting a doctor and should be approached with reserve.

You can read also: How to choose the best probiotics?