Some say that they need four hours of sleep, others – that sleep is a waste of time, and even sleeping for a long time do not feel sleepy. This approach definitely harms health.

If the problems of falling asleep and waking up too early also concern you, check which herbs will ensure a good night’s sleep and why it is so important for maintaining health. Over the years, it was thought that stress, poor diet and sedentary living were responsible for lifestyle diseases. This year’s Nobel Prize winners proved that one more thing to add to these three factors is sleep deprivation. The Nobel Prize 2017 in the field of medicine and physiology went to three scientists – JC Hall, M. Rosbash and MW Young.

Here you can find supplements supporting your sleep – CLICK

What did the Nobel Prize winners discover?

A team of scientists has discovered a gene responsible for protein production, which in turn regulates the daily cycle of the body and individual cells. Until now, it was only known that the time of the day influences changes in the body, including stress hormone and thyroid hormone secretion, as well as blood pressure. The secret was, however, why the time of day has such an impact on living beings.

In their studies, they found that changing the amount of light during the day causes changes in gene expression. They isolated the period gene, later discovered that the specific PER protein, encoded by the period gene, accumulates in the cell at night and degrades during the day. This intracellular rotation occurs in a circadian rhythm, or a period of about 24 hours. Protein is too little when the body is exposed to light, and it is not only natural light, but also artificial light. People who work above the norm and sleep too briefly are at risk for this protein deficit.

What do we know about the harmfulness of sleep deprivation?

The fact that sleep deprivation is harmful is known from today. After the discovery made by this year’s Nobel Prize winners, in a few years it may turn out that the sleep deficit is more harmful than it has been thought for years. In the light of current medical knowledge, sleep deprivation can lead to such disorders and dysfunctions as

How much do we need to sleep?

The National Sleep Foundation (NSF), with the help of experts in various fields of anatomy, psychology, paediatrics, neurology, geriatrics and gynecology, has developed recommendations for specific age groups. According to the recommendations, the length of sleep should be

Valerian for a good night’s sleep

Valerian (or valerian) is a natural remedy recommended to people in anxiety and struggling with mental exhaustion. An infusion of valerian rootlets is especially recommended for elderly people. Valerian has a soothing effect on the nervous system, thanks to which it helps to fall asleep. If you have trouble falling asleep, try a valerian infusion. To prepare it, you need a spoon of dried root for a cup of boiling water.

Tarragon – from the kitchen to the bedroom

Estragon is known as a cooking spice related to m.in. with Mediterranean cuisine. Interestingly, it also has a good effect on falling asleep. To prepare one serving of tea you need 5 grams of dry tarragon leaves and a cup of boiling water. It is not recommended to exceed 2 portions of infusion per day. Another spice that can also be used as a remedy for insomnia is marjoram. Just 1 teaspoon of marjoram for a cup of boiling water. Such specifics should be drunk three times a day. 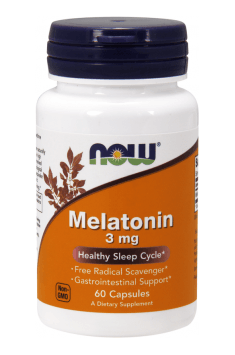 Melisa – the most preferred for a dream

Using melissa for a good night’s sleep is no surprise. People struggling with insomnia often reach for this natural remedy. To prepare one serving of tea you need 1 tablespoon of lemon balm for 1 cup of boiling water.

Lime tea was mainly consumed because of its taste and aroma. However, a brew prepared from one tablespoon per cup of boiling water can significantly improve the quality of sleep. People struggling with persistent insomnia are even recommended to drink up to 4 portions of linden tea per day. Soothing properties are also peppermint. Mint tea helps you fall asleep and ensures a good night’s sleep. It also relieves discomfort associated with indigestion.

Most herbs that help sleep are native plant species. Boldo is an exception to them – it comes from Chile and has a very relaxing effect on the nervous system. Only 1 teaspoon of dry leaves for 100 ml of boiling water is needed to prepare the infusion. It is recommended to consume a boldo infusion no more than 4 times a week. An equally exotic proposition is saffron. One of the most expensive spices in the world relieves stress and anxiety, and is also relaxing. You only need half a gram of saffron and 200 ml of boiling water to prepare one portion of the infusion. The brewing time is 5 minutes. Interestingly, the recommended maximum dose of this spice in the form of a sleeping infusion is 1.5 g per day.

Hops help in falling asleep – as a herbal infusion (!)

Reach not only for infusions

Not only infusions can help you fall asleep, but also essential oils that are anti-stress and relaxing. They can be used in two ways – in addition to the bath, or in combination with an aromatherapy fireplace. Soothing properties include, among others, cumin, lavender and marjoram oil. Their combination causes relaxation, and consequently – drowsiness. So if you do not like to drink herbal infusions, try a relaxing evening bath.

Melatonin is a hormone produced by the pineal gland. Its main task is to bring the body into a deep sleep phase. Therefore, preparations containing melatonin with regular use help to fight insomnia. Preparations containing this specification are available without a prescription. Long-term use of melatonin in the form of a dietary supplement is discouraged because it can lead to the body stopping regulating the diurnal cycle on its own.

You can read also: How to get a healthy amount of sleep