The view has become widespread, according to which it is better to eat more often and less than more and less frequently. Increasing the frequency of meals is especially recommended for people who are slimming, using low-calorie diets as a way to speed up metabolism. Meanwhile, it turns out that a larger number of items on the menu does not necessarily foster work on the figure, and sometimes it may be the opposite!

Although it might seem that increasing the frequency of meals from three to five, six or even seven is an inseparable element of a slimming diet, in practice such a solution turns out to be a bad idea. First of all, there is a lack of evidence in the form of research results indicating that a larger number of items on the menu results in accelerated metabolism and better effects in the loss of fat tissue. Secondly, more frequent meals are difficult to prepare and consume. Thirdly, if we eat more often – then in practice we are also more often and more hungry … Why is this happening?

It turns out that there is a certain caloric threshold of the meal, the exceeding of which makes us feel the desired satisfaction. It is difficult to determine it precisely, because it depends on many factors, but even in home conditions it is easy to check that consuming the symbolic size of a snack is related to the fact that we feel like we have not eaten anything, and in a moment the feeling of hunger returns with redoubled strength. Unfortunately, this relationship can also occur in the case of diluting the diet with frequent but at the same time too small meals. This means that in practice, having 1800kcal set to eat, it is better to divide the menu into three meals of 600kcal than for six meals of 300kcal. In the second case, in a moment, we can feel hungry again. 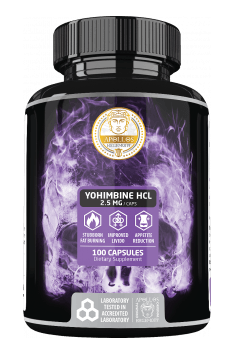 The relationship described above is not unconditional and does not occur in all cases and with all foods. There are people who are better at the higher frequency of meals. My professional practice shows, and I will remind you that I am a dietician, that a very large number of items on the menu is not intended to optimize the effects of slimming treatments. With the rest, this regularity has support not only in my observations, but also in the scientific literature … more

You can read also: Diet – key to success