Physical activity has a significant impact on the functioning of the immune system. Prolonged, high-intensity workouts can adversely affect the immune system. They help to reduce the number of white blood cells (leukocytes) and lead to the so-called immunosuppression induced by physical exercise. During it, the immune system is compromised, it opens the immunological window for microorganisms. Such a change can take up to 72 hours. Also, there are inadequate post-workout regeneration, poor diet, an insufficient amount of vitamins and minerals, increased oxidative stress, fatigue, insufficient sleep. All this can affect the frequent breaks in physical training caused by a cold. If you often catch an infection or are in a preparatory period, you should pay special attention to several elements. 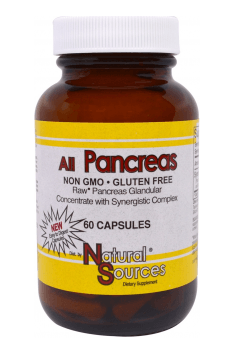 Carbohydrates consumed during physical activity can affect the reduction of metabolic stress, contribute to the maintenance of blood glucose. The use of a carbohydrate-rich diet and their introduction during prolonged training (30-60 g / h), reduces the level of circulating stress hormones (including adrenaline and cortisol), anti-inflammatory cytokines (eg interleukin 6 and 10) and delays the appearance of fatigue.
Hydratation of the body

Taking fluids during the activity prevents dehydration of the body (disrupting the fluid balance contributes to an increase in the concentration of stress hormones). Also, it influences the secretion of saliva, which in its composition contains antimicrobial proteins, including immunoglobulin A (IgA), lysozyme, amylase, lactoferrin, and defensin. Salivation during exercise is reduced. In combination with dehydration, there is reduced secretion of antimicrobial proteins. Regular intake of liquids in the amount of 100-250 ml every 20 minutes prevents the development of the presented situation. 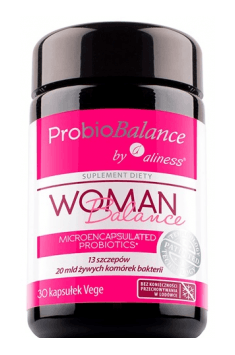 Probiotics are live bacterial cultures that, given in an appropriate amount, have a beneficial effect on the health of the host. The clinical benefits of probiotics result from the change in the intestinal microflora and increase the integrity of the gastrointestinal mucosa. Also, they affect the modification of the secretion of macrophages and lymphocytes and the increased expression of antimicrobial peptides. Support for probiotic supplements should be considered in people who have recurrent or persistent colds of the upper respiratory tract (URTI). URI includes colds, tracheitis, laryngitis, as well as symptoms such as fever, cough, sore throat and headaches.

Probiotics can be found in food products such as buttermilk, kefir, fermented vegetables – pickled cucumbers, cabbage, and in the form of tablets or soluble sachets. Most studies suggest the effectiveness of probiotic supplementation in the amount of 10¹º, i.e. about 10 billion. Some preparations available on the market in 2015 contain 25-50 billion bacteria per dose. Research and clinical experience by the Australian Institute of Sport have shown that most athletes safely tolerate a dose in 35-50 billion bacteria of commercial products. Lower doses can benefit individuals. Probiotics for active people should contain bacteria of the genus Lactobacillus or/and Bifidobacterium.

The discovery of the VDR receptor for vitamin D in most human extracellular cells has signaled its effect on other systems, including the immune system. He participates in many immunological processes, including in the activation and proliferation of lymphocytes, the production of antibodies, as well as the regulation of the immune response. It is available in some foods such as eggs, milk, cheese. We can get it in the form of dietary supplements and completely for free through skin synthesis. In Poland, due to geographical locations, supplementation with vitamin D is required from September to the end of April for children and adolescents (1-18 years) in the amount of 600-1000 (IU) per day, for adults 800-2000 IU per day, for athletes 1000 -2000 IU per day. The permissible upper dose of vitamin D for an adult with normal body weight is 4000 IU per day.

Fatty acids affect the modulation of the immune system in several ways. Some of them produce pro-inflammatory cytokines, e.g. fatty acids from the omega-6 family, contribute to the development of inflammation. Antagonistic anti-inflammatory action (reducing the number of cytokines) shows omega-3 acids. They should pay for your special attention. Physical effort increases the formation of inflammatory mediators, which is why acid supplementation is not only recommended during the period of increased infection. The recommended dose is DHA + EPA omega-3 – 650 mg, including DHA 350 mg.

Apart from supplementation with omega-3 acids, it is very important to maintain an appropriate ratio of omega-6 to omega-3 in the diet – it should be 31 (in the standard Polish diet it is 201). To keep the right proportion, enter sea fish and vegetable oils (rapeseed, linseed oil, olive oil) into your diet, and limit the consumption of processed foods, sweets, grape seed oil.

Glutamine is an amino acid whose reception is worth considering among athletes in the infectious period (fall and spring). It is an energy substrate for lymphocytes, erythrocytes and bone marrow cells. Also, it is worth mentioning that consumed after training can reduce the feeling of discomfort (especially important for people who have a problem with eating a meal right after training). Nevertheless, despite its advantages, 100% of the effectiveness of glutamine has not been demonstrated to support the immune system after exercise. Only a few researchers emphasize its positive impact on URTI. Suggested doses are 0.1 g / kg BW or 5-10 g.