How much vitamin C does lemon have? And if you eat lemon, you can strengthen the body’s resistance to colds, flu and seasonal infections? Lemon stimulates the secretion of digestive enzymes and digestive processes, accelerating the self-cleaning of the body – an important component of slimming diets.

Although lemon is not a queen of vitamin C at all, it contains enough of it (53 mg / 100 g) to support immunity and soothe the infection, especially because it also has a lot of routine that prevents the loss of vitamin C from the body and seals the blood vessels .

Lemon is a fruit whose properties and nutritional values ​​have already been appreciated in China and India, where they probably come from. It’s good to know that the first written mention of lemon lemonade comes from Egypt. It is not quite clear how the journey of the plant went, probably the Arab traders introduced In the 11th century, lemon came to Spain and from there to other parts of Europe, then Christopher Columbus drove lemons to the American continent.The fruit was particularly valued by people who were suffering from Californian gold rush, because they protected against scurvy – they were ready to pay the dollar for one lemon.

Lemon is a good source of beta-carotene, vitamins B, E, potassium, magnesium, sodium and iron, it also contains terpenes that stimulate the production of saliva, and as the production of digestive enzymes increases with salivation, lemon stimulates digestive processes, accelerating cleansing the body – therefore, it helps to lose weight It is worth to start the day with a glass of water with a slice of lemon, but remember that such a drink stimulates the appetite!

Lemon was created from the lima crossing with citron, a fruit already known in ancient times, which is now mainly used to obtain candied peel.

Lemon contains limonene – a powerful antioxidant that has anticancer properties. In laboratory tests, these compounds destroyed cancer cells in the mouth, skin, lungs, breasts, stomach and colon, as well as neuroblastoma, which is mainly found in children, and lemon, immediately after cranberry. has been shown to have the strongest inhibitory effect on the multiplication of hepatocellular carcinoma cells in an in vitro study, because limonene stays in the bloodstream for a long time, scientists believe that it is better than other nutrients to inhibit the development of cancer cells (for comparison, phenols present in green tea they remain in the body from 4 to 6 hours).

It’s good to know that lemon peel has the most health benefits – it’s the source of the compound called limonene.

Here you can read: Does vitamin C cure cancer?

Lime, like other products rich in vitamin C, protects against polyarthritis. Studies carried out on a group of over 20,000 patients have shown that in people who ate the least foods rich in vitamin C, the risk of disease was more than three times higher than in patients who consumed the most of them. 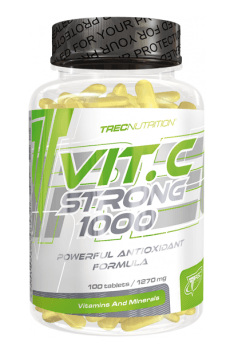 Lemon slimming? Lemon contains fiber, which supports slimming, and has purifying properties, lemon juice speeds up the metabolism, so it’s advisable to drink it as a supplement during your diet.

Is tea with lemon harms health?

If a lemon is added just after pouring tea with boiling water, the resulting brew may be detrimental to health.

When brewing tea from tea leaves, metal – aluminum passes through the infusion, but in small amounts and in a form that is difficult to absorb, which is why it is harmless to health.

The situation changes when a lemon slice or lemon juice is added to the hot tea during the brewing time, when the aluminum from the tea combined with the acid forms an absorbable aluminum citrate which can be very harmful to health.

Therefore, it is better to add lemon to the brew without tea leaves and only when it cools down.

You can read also: Vitamin C lowers the level of cortisol – the stress hormone