Cured meats and other organic meat products like all organic food are undoubtedly healthier than those produced in a conventional, industrial way, because they are not contaminated with agricultural chemicals such as artificial fertilizers, pesticides, hormones or antibiotics, such food does not have (either contains very small amounts) in the composition of the technological chemistry used in processing. Consumers are more and more aware of the fact that food was created in conditions close to natural will meet their expectations and that is why they are looking for just such food.

Methods of production affect the taste and aroma of food, as well as its health benefits. Both at the stage of animal husbandry and at the level of processing meat and subjecting it to heat treatment, producers focus on quality – not on quantity, as in the case of industrial animal husbandry.

Animals on an organic farm

The producer of organic meat must follow strictly defined guidelines, which give information on how many animals can be kept on a given surface. Breeding rules also include a method of feeding and treatment. Ecological breeding of poultry takes more than 11 weeks, and in the case of pigs – up to 8 months. Meat cattle are bred for 24 months. In conventional animal husbandry, these terms are usually shorter.

Legal regulations regarding organic farming require farmers to ensure that the animals have the right conditions. Livestock buildings are designed and equipped differently. Growers must pay attention to lighting, temperature and ventilation. Animals must have access to paddocks and pastures.

Organic breeders must comply with the quantitative standards – for example, in one house there can not be more than 4800 units. Feeds used in organic farming must not contain any additives. The basic type of fodder used in organic farming is plant feed from the farm, or from an external supplier with appropriate, required certificates. You can not use methods based on forced feeding of animals, or on the addition of antibiotics for feed, growth promoters, GMO products and coccidiosis.

Antibiotics can not be used prophylactically. Organic meat producers avoid congestion and strengthen immunity. Only in the case of a serious illness, medicines are administered, and this is usually natural. To strengthen the resistance of poultry, herbs and spices are used. When the chicks grow older, they are released into herbal meadows – paddocks sown with herbs and only a small part of other plants.

Ecological farmers often bet on native animal breeds. Their characteristic feature is lower efficiency associated with the increase in muscle mass. However, on the other hand, they are more resistant (eg, green-footed hen, Golden-throated pig, golden-white pig and Polish red cow.

Manufacturers are subject to strict control over the production process. Purchases are billed and checked. A limited list of permitted additives for cold meats and other meat products causes that organic meat has a shorter shelf life. Currently, eco meat producers are trying to improve this parameter using probiotic bacteria and lactic acid bacteria.

Organic meat and its values

Organic meat has greater nutritional value. Beef, pork and rabbit meat from organic farming are characterized by a higher content of omega-3 fatty acids. Veal contains not only more omega-3 fatty acids, but also more vitamins. Such a beneficial effect on the nutritional value of meat (and in the case of cattle as well as milk) is the use of natural fodder, eg grass. Organic meat, as organic food is healthier, has a better taste and aroma, but it is also harder. It requires longer cooking. Consumers would only choose organic meat, if not for the price. The prices of eco meat are even 100% higher than in the case of meat from industrial farming. 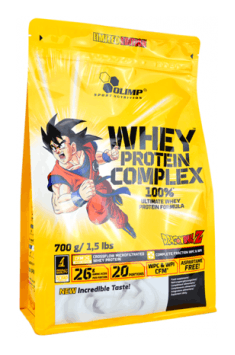 How does a meat producer become an organic producer?

Organic producers use other production methods based on natural methods. However, in order for the producer to be considered ecological, he still has to report to the certification body.

The certification body controls the activity of the manufacturer by carrying out the inspection at least once a year. In addition, additional checks may be carried out – announced and unannounced. After conducting the main compliance check of the manufacturer’s activities with the regulations, the controller issues a certificate authorizing the production of eco meat.

Traditional meats are products that are produced using natural methods. In the case of organic meats, the additional requirement is the origin of meat – the producer of eco-friendly meats must obtain meat exclusively from organic producers. Both natural (traditional, regional) and ecological meats are produced without the participation of artificial additives, preservatives and flavor enhancers. You can only add salt with a small addition of curing salt (containing nitrites – in doses of not more than 50 mg / kg) and vitamin C. Ecological meats are seasoned with herbs and spices that come from organic crops. Everything is controlled by the certification body, as is the case of animal breeders. The list of additives is very limited, and each method and measure must be ecological within the meaning of the applicable regulations.

Smoked meats are produced in smokehouses fired only with wood. The difference between smoked meats in this way and smoked and smoked cured meat is significant. In the second case smoke from oak, apple, beech or juniper wood is not used. Manufacturers save using smoke smoke preparations – a mixture of fat, chemical compounds extracted from smoke and spices.

As more and more people limit meat consumption, it is worth focusing on quality and health. Limiting the consumption of conventionally produced meat and sausages for organic meat products will certainly have a positive impact on health. You will not ruin your household budget and you will also support ecological producers.

Finally, information on how to choose organic food and not to be fooled by fakes. Certified organic products have appropriate markings, so that the consumer can clearly distinguish them from other products. First of all, a properly labeled food product should have ecological, eco or bio words in the name and a symbol of the EU mark (so-called euroleague).

Secondly, the number of the certificate issued by a specific certification body. The number is given to a specific product, so if the same manufacturer has several products to sell, each product has a different certificate number. Then the name and logo of the certification body and the exact address of the manufacturer may appear on the packaging. You can not trust products that have an ecological, eco or bio name on the packaging, not supported by any certificate numbers and without an eurolift.

You can read also: White or red – which meat to choose?