Autumn has started with this mushrooming, but is it worth eating mushrooms this article will certainly help you.

There are different opinions about the value of mushrooms as food. Some do not appreciate mushrooms, others underestimate their nutritional values. It is worth getting acquainted with the results of scientific research, which give the chemical composition of fungi and the content of nutrients of various species.

Fungus dishes are treated as hard to digest. However, it should be emphasized that people react to mushroom dishes in a diverse way. Some eat them with a taste in large quantities, without harmful consequences, others have gastric disorders and sometimes people are allergic to fungi that can never eat them. Fungus dishes should be treated as a delicacy rather than food. An exaggeration in the consumption of foods of this type can even result in a total rejection of fungi. I know the case of such a reaction personally. A girl from a poor, large family, was fed more than mushrooms (this was still happening in the period of the CK Monarchy …). She reacted with complete rejection of the fungi. I met her already as an elderly person. She did not tolerate mushroom dishes to such an extent that in her presence we were not even allowed to mention soups, sauces or marinades from wild mushrooms, wild mushrooms, wild mushrooms, etc.

Some mushrooms are really hard to digest for everyone. Favorites by many cocks usually pass through the digestive system without major changes (friends tell maliciously that cocks are reusable mushrooms). Some species of fungi, such as, for example, roasted shrubs or tinned mollusk, are in principle suitable for drying and pulverizing. In powdered form, they can be used as a seasoning for meat dishes or sauces. Based on chemical tests, it can be concluded that fresh mushrooms contain mainly water. After drying one kilo of pampas, about 0.1 kg of dried mushroom remains. The content of water in mushrooms is indeed similar to that in vegetables. During cooking (frying, etc.) most of the water evaporates, which makes the food substances in the dish more concentrated than in fresh mushrooms. Different species of fungi contain different proportions of water and nutrients. Behind Pilate (Atlas hub, 1970) one can present the content of nutrients in some mushrooms and for comparison in vegetables (carrots) and beef. 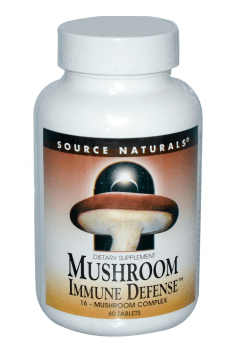 If you compare fresh boletus, beef and carrot, you can say that the water content of the mushroom representative is similar to that in carrot; the least water has beef. The level of protein substances in meat is more than three times higher than in the boletes, but carrots have more than four times less than mushrooms. Real ones have 5 times more sugars than beef but much less than carrots. The cellulose content in mushrooms is lower than in carrots (meat, of course, has no cellulose). The content of mineral salts is similar in all compared substances (fresh) and amounts to about 1%, while the calorific value of fresh boletus is the same as carrots and only four times smaller than beef. Mushrooms therefore have a lot of mineral salts, a significant amount of sugars and relatively little fat.

In the column marked “protein”, the content of proteins and other substances containing nitrogen (in this group also includes chitin). Due to the fact that chitin is practically indigestible to humans, the nutritional value of mushrooms is not fully explained. Many researchers are skeptical about the nutritional value of mushrooms. Some experiments (eg Reutera) indicate that trypsin (a component of pancreatic juice) breaks down about 1/3 of the protein mass of dried mushrooms. According to Saltet, the mushroom contains 2/3 digestible and 1/3 indigestible proteins. According to Lintzel, the highest protein content is true, mushrooms and puffballs (over 5% of fresh weight) of which digestible proteins account for over 70% and in the case of mushrooms up to 88.5% . A surprisingly high protein content is recorded in puffballs. However, they can only be eaten when they are very young (as far as I know, all puffballs growing with us are edible). As the fruiting body matures, the amount of available protein decreases because at a later stage of development valuable nutrients are transferred to spores, which have extremely strong cell membranes based effectively on digestive enzymes.

The place of mushrooms in the menu does not only depend on the nutritional value but above all on the taste values. Our taste buds react to fungi just like meat (meat illusion is related to the texture of mushroom mass). Mushrooms also have a number of fragrances that, like all kinds of spices, add flavor to foods.

Among the vitamins in mushrooms, vitamin A is found in the form of carotene as well as significant amounts of vitamins B1 and B2. Vitamin C and others are found only in trace amounts. Not all mushrooms have similar ‘vitamin profiles’. Chanterelles, for example, have a large amount of vitamin A slightly less vitamin D (anti-acne) and small amounts of vitamin B1.

Easily digestible fungi should be combined with easily digestible additives (potatoes, head lettuce). Avoid combining fungi with heavy foods such as beans, celery, and cucumbers. Pilat does not recommend connecting mushrooms with alcohol. Alcohol according to him facilitates the decomposition of fats but cuts in the stomach proteins, which become even more resistant to the action of digestive juices. This postulate seems difficult to implement in the conditions of Polish tradition, where marinated mushroom is often associated with alcoholic beverages.

Finally, one more remark regarding mushroom foods. Information is often found that mushrooms “reheated pose a great threat to health. Both Pilat’s remarks and my own experience show that mushrooms should not be treated exceptionally. Excess food stored at the right temperature in the fridge can be reheated and eaten without harm to your health. It is clear that in summer the mushrooms spoil faster and then special care should be taken, but this also applies to other dishes.

You can read also: Cordyceps Mushrooms