In the current approach, carbonated drinks are not associated with anything healthy. It is often advisable to give up eating them to people working on figure and condition and wanting to improve their health. In fact, however, as you will see from the moment, a significant part of the theory regarding carbonated fluids has no sensible justification!

The very presence of carbon dioxide in a drink does not make it more fattening. However, it can work with sugars contained in it. Thus, both carbonated and degassed cola, sweetened with glucose and fructose, will promote the accumulation of reserve fat to the same extent. Similarly, both still and carbonated mineral water will have no such activity.

The myth of carbonated drinks increases the risk of cardiovascular disease

The fact the presence of carbon dioxide in the drink in no way increases the risk of cardiovascular disease. Although there are various theories that the CO2 contained in the consumed fluids strains the heart, causes its hypoxia and a number of other tragic consequences, it must be emphasized that these are simple inventions of people with an exuberant imagination. Cardiovascular disease can be promoted at most by sugar contained in carbonated and non-carbonated beverages. 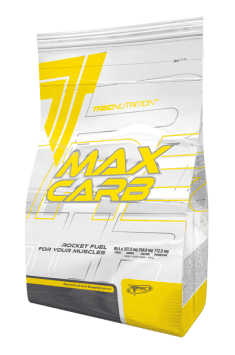 It must be admitted that there are studies confirming that the consumption of some types of carbonated beverages negatively affects bone health, and caution should be exercised in the consumption of young people, especially girls. However, it is not carbon dioxide that is responsible for the adverse effect on the calcium economy of these drinks, and the presence of phosphoric acid, an integral component of cola drinks

The myth of fizzy drinks do not irrigate the body

In fact, the presence of carbon dioxide does not impede the process of hydration, can only affect the feeling of thirst and thus make us drink less. Undoubtedly, carbonated mineral water, carbonated isotonic or even carbonated cola hydrate the body. This does not mean, of course, that they are equally effective in this respect. However, it is certain that you can supplement fluid losses with their consumption.

The myth of still water is healthier than carbonated water

There is no reason to believe that the lack of bubbles makes a given liquid healthier than in the presence of CO2. Both carbonated and non-carbonated water may be a desirable part of the diet. What’s more, carbon dioxide has a preservative effect and makes the water saturated with it last longer to maintain freshness and microbiological purity.

You can read also: Calories trouble