Oat-based products are commonly known to people who lead a healthy lifestyle. Oatmeal cookies, bran or cereal are often found in the diet of people exercising or those who are slimming. However, does oat benefit only our nutrition? Find out how it is.

The oats are defined as one of the types of plants that belong to the family of grasshoppers. The large group includes as many as 35 different species,

most of them are arable crops. The most-cultivated variety is Avena sativa, accounting for nearly 90% of all crops in the world. In our country, about 80% of all crops are for fodder and 15% for seed. The remaining 5% is used for consumption. However, thanks to more and more accurate research on the properties of this plant, its use in broadly understood medicine is starting to grow.

Oats are mainly used for the production of groats and oatmeal, which are one of the main elements of the diet of people who care about their health. The reason for its popularity is the large content of carbohydrates easily digested by our bodies. What’s more, there are also non-starch compounds that create extremely beneficial fibers for our digestive system. However, polysaccharides are not the only advantage of this underrated product.

In the composition of oat grains, you can find various fatty compounds. Almost 40% of all lipids are linoleic acid, which effectively prevents the development of dementia. In addition, there are also oleic and palmitic acids. It is also worth adding that in addition to the rich content of fats, nearly 15% of the composition is proteins. Owing to this, oats are more nutritious than other, more popular types of cereals.

In addition to standard macronutrients, oat is the richness of numerous micronutrients. I am talking mainly about vitamins from group B and various elements, among which magnesium, copper, potassium, and calcium should be mentioned. Other parts of oats, such as bran, straw or herbs, also contain a lot of valuable substances. Examples include amino acids, flavonoids, lutein, steroid saponins or silica solubility

The rich composition of oats makes it widely used in medicine. Let’s start with a beneficial effect on the digestive system. Thanks to its high content of fiber, it effectively prevents uncontrolled attacks of hunger and fills the stomach, which helps maintain a feeling of satiety for a long time. This compound is also an effective remedy for constipation and significantly improves the functioning of the digestive process. Oats also affect the detoxification of the digestive system and prevent the absorption of excess fat from food. Moreover, the β-glucan compounds present in said fiber protect the intestinal mucosa against irritation and the development of infection.

It is worth emphasizing the important role of fiber in people struggling with the diabetes problem. This substance perfectly counteracts uncontrolled increases in blood glucose and effectively reduces the glycemic index of consumed meals. Fiber also contributes to the regulation of cholesterol levels, which effectively prevents cardiovascular diseases, and also increases our immunity thanks to the natural support of the intestinal flora. In the context of cardiovascular diseases, one should mention numerous sterol compounds like avenasterol or β-sitosterol. In addition to helping fiber to lower cholesterol, it also effectively reduces its absorption from foods.

Oats are also an effective dietary supplement for those suffering from kidney stones. It is conditioned by the presence of flavonoids and saponins, which show a highly diuretic effect and protective character of the bladder. In the latter case, antifungal properties have been proven. The already mentioned silica prevents the crystallization of urine elements in the kidney tubules, which protects our kidneys from the formation of stones.

In addition to the above uses, oat-based preparations are also used in case of excessive stress or states of increased nervous tension. Infusions based on oat straw, due to the high content of vitamin compounds belonging to group B, are an effective remedy for insomnia or irritability. In turn, baths with herb or straw will be a very good way to reduce or eliminate symptoms in the course of rheumatic disease. Oats also works well for skincare. Thanks to the significant amount of polyphenols that fight harmful free radicals, preparations based on this cereal will promote the improvement of nourishment and regeneration of the skin. 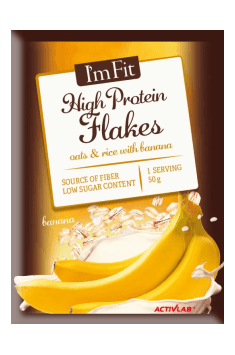 Some studies confirm the effectiveness of using oats in the diet of athletes. The experiment included 20 athletes (12 women and 8 men), who were recommended a 12-hour fast. After the hunger strike, they made training consisting of riding a bike for 2 hours. After training, they were recommended to consume an isotonic drink. Then, after five days of break, the trial was repeated. However, this time after physical exertion they were served a bowl of oatmeal with skimmed milk. The results of the analysis confirmed that the amount of lactic acid after consumption of an oat-based meal was lower than in the case of an athlete’s drink.