Unfortunately, the smaller the muscle mass, the slower the metabolism, because the body does not have to lose energy to maintain excess muscular tissue. Thus, regeneration is very important and is a key step on the road to an athletic and muscular body.

If you already know that miracle diets do not work, and instead of speeding up, your metabolism drastically slowed down and kilos come back with redoubled strength – it’s time to include foods that help you burn fat and speed up your metabolism.

Caffeine contained in coffee has a stimulating effect and dilates blood vessels. As a result, the blood better reaches the tissues and the metabolism of the cells accelerates, burning more energy, and consequently – body fat. Caffeine also acts as an appetite suppressant, thanks to which small black connoisseurs eat less. Caffeine is used before physical activity as a slimming and stimulant – studies show that people who consume caffeine before exercise burn more fat and have greater motivation for activity. Remember, do not spoil the effect by sweetening the coffee.

Tea, especially green and red, supports weight loss. Antioxidants contained in tea leaves (epigallocatechin gallate) turn up metabolism and increase thermogenesis, so we burn more calories, and teine ​​and other caffeine derivatives suppress appetite. Unlike coffee, it does not raise so much pressure, so you can drink a few cups a day, preferably before each meal. It will also have a positive effect on cholesterol and will reduce the risk of cardiovascular disease.

The bromeline protein enzyme contained in pineapples is often found among athletes’ supplements. It facilitates protein digestion, increasing its bioavailability. Protein is a very specific nutrient because the body uses more energy to break down the complicated structure of proteins than to digest fats or carbohydrates. That’s why it’s worth eating pineapple as an addition to a protein-rich meal. Chicken with pineapple in oriental sauce sounds delicious! Bromelin also stimulates metabolism by improving circulation and detoxification of the body. It also has anti-inflammatory effects. One fruit and so many positive properties!

The active substance of hot peppers is capsaicin, which is often added to slimming preparations. Anyone who has overdone at least once with the sharpness of the dishes, they know that they have a strong warming effect. The increase in thermogenesis promotes fat burning. Go ahead and make a hint of chili to every dish. For the morning circulation of metabolism, drink water with lemon and a pinch of chilli and curcuma. 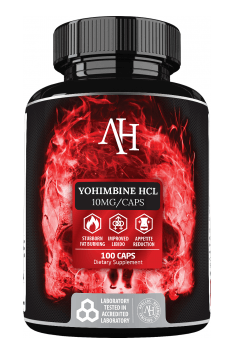 It is a source of protein with the lowest fat content. 100 g is only approx. 85 kcal and as much as 17 g of protein. It is filling, and the calories delivered will mostly use the body immediately for digestion. While typical high-protein diets will eventually slow down metabolism, eating high-protein snacks from time to time may help slimming.

They are the best source of selenium – an element whose deficiency often occurs in the diet. To cover the daily demand for selenium, one nut per day is enough! What has selenium to burn body fat? Selenium, right after iodine, is the best ally of the thyroid – it improves its functioning and production of hormones, and efficient thyroid is a fast metabolism!

Cinnamon supports carbohydrate metabolism, thanks to which it stabilizes the insulin level. It inhibits hunger pangs and reduces the amount of fat deposited, especially around the waist. It brings out the natural sweetness of dishes, so it’s easier to limit the consumption of sweets and snacking between meals.