Like starch and cellulose, starch is a polysaccharide resulting from the condensation of glucose molecules. However, in contrast, starch is not a chemically homogeneous compound. Its molecules form two main fractions – unbranched amylose and branched amylopectin. Both have specific properties and perform different functions in the digestive process. Starch is found only in plant products and has a storage function in them. It is a reservoir of energy for the plant. What raw materials is the starch obtained from? What properties does it have? Which one is the best for our health?

Starch – introduction
It is known that starch is a part of a healthy and balanced human diet. It is believed that it should account for 80-90% of all carbohydrates we consume. However, it should be remembered that starch in the raw form is not digested by our digestive system. To enable starch to be digested, it must be thermally treated before consumption. The use of starch properties therefore requires cooking or baking products containing it.

Starch is a vegetable polysaccharide. It consists exclusively of D-glucose molecules that are linked together by α-glycosidic linkages.

In starch, we distinguish the presence of two factions that differ in construction between them. The first of these – amylose is a low molecular weight fraction. The construction resembles a simple, long, helically twisted chain composed of up to 1000 molecules of glucose. Amylose glucosyl residues are attached in it exclusively by means of α-1,4-glycosidic linkages. Amylose makes up about 10-35% of the total starch depending on its type. Dissolves only under the influence of hot water, does not react to cold water.

Amylopectin, in turn, is a fraction of much higher molecular weight, it even consists of several million D-glucose molecules. The mass of amylopectin is due to its branched structure. In amylopectin, the side chains are attached by α-1,6-glycosidic linkages. This fraction is largely responsible for the physicochemical properties of starch, e.g. swelling and formation of viscous sols. Amylopectin accounts for about 65-90% of the total weight of starch. The proportions of amylopectin to amylose are variable depending on the botanical origin of the plants in which they occur.

Pure starch is a white crystalline substance with no clear taste and smell. Flooded with cold water does not react, does not dissolve and does not change its form. However, after using hot or boiled water, starch changes its physical properties to form sols and so-called starch glue, also known as starch.

Starch – occurrence
Starch, as previously mentioned, is a polysaccharide of vegetable origin. It occurs mainly in cereal grains, potatoes, and also in some root vegetables and legume seeds. This multi-sugar is the main component of cereal protein. Cereals belong to coarse grasses that give us seeds. Corn kernels are processed into flour, flakes, groats or animal feed. A large part of the kernels is also used for the production of alcohol. The most popular caryopters are wheat, rye, oats, barley, rice, millet, sorghum and maize. Their grains differ in shape, size and color. A common feature of all the above-mentioned grains is the presence of endosperm, this layer consists of 80% starch and is the main stock for the embryo of the plant. The size of starch granules varies depending on the plant species. The largest grains of starch can be found in wheat and rye (3050 μm), and the smallest (2-10 μm) in rice and oats. The amount of proteins in cereal grains is small compared to the amount of complex carbohydrates and amounts to 7-18% depending on the species. On average, the grains contain from 2 to 4% fat in the dry matter.

Starch originating from kernels is a very valuable food raw material, differentiated in terms of physicochemical properties. Currently, there is the highest demand for corn starch on the market , followed by potato and wheat starch. The ranking is closed by tapioca starch, waxy and rice starch.

Maize starch and waxy starch – properties and application
Corn starch is also called mazein. This yellow solid is a powder-like texture – you can also buy it in a shop under the name of maize flour. It is a product particularly liked among people who use a gluten-free diet. Maize starch is suitable for baking and thickening sauces. Its disadvantage, however, is the low content of minerals and dietary fiber.

Recently, it became loud about the so-called waxy starch (waxy maize). It is a specific variety of corn starch characterized by a very high content of amylopectin. Due to its branched structure, this fraction is characterized by better digestibility than amylose. Wax starch is therefore digested faster than ordinary corn starch. This substance is becoming more and more popular among bodybuilders and people exercising strength, because it quickly replenishes the level of glycogen falling after intense physical exercise. At the same time, it stays in the stomach for a short while, which results in the efficient functioning of the digestive system.

Wax starch is a component of many dietary supplements and, as in the case of supplements, its operation is not fully scientifically documented. The tolerance of waxy starch and its use by the body can be very individual, therefore this type of starch is not recommended as the only source of carbohydrates.

Wax starch can also be obtained from kernels such as rice, barley, sorghum, millet and scarlet. However, due to the high production costs, they are not used on an industrial scale.

Potato starch – properties and application
A significant part of the starch in the diet of Poles comes from potatoes. They are the most popular vegetables in our country. It is estimated that the current average consumption of potatoes is about 100 kg / person / year. The main ingredient of potato is starch, its content in the potato tuber is 8-29% depending on the variety. Thanks to such a high content of polysaccharide, potato has become a very valuable product for the food industry. One can not imagine food production for people and animals without potatoes. It turns out that they are also a valuable raw material in distillery and starch.

Modified starch
Modified starch is one whose characteristics have been changed in order to improve or give new properties to starch. Modifications in this case may consist in changing one or more chemical or physical properties. It should be remembered that such interference should not be confused with genetic modification – these are two completely different issues. Effective changes in the starch properties can be divided into physical, chemical and enzymatic modifications. Modified starches find their application in the food industry. They increase production efficiency, stabilize and emulsify processed food products.

When it comes to the safety of using modified starch, we can be sure that its addition to food products is safe for our health. Modified starch has been added to the official list of safe food additives.

Starch – technological properties and application
The most important functional and technological features of starch are determined by the rheological properties of its solutions. Starch solutions are characterized by different gelatinization temperatures and varying degrees of viscosity. These two characteristics mainly affect the usefulness of starch in various branches of the food industry and not only. 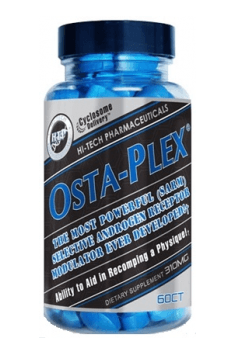 In the food industry, potato starch is most commonly used, which after heating in an aqueous solution forms the aforementioned starch glue. This solution is distinguished by the highest viscosity, and after cooling it forms a gel. Potato starch is a polysaccharide that binds water very well (1 g of starch can bind up to 100 g of water!).

The demand for starch is increasing from year to year. It is estimated that over the last 40 years, the production of starch has more than 6-fold.

Currently, starch is used as a basic ingredient in human food and an ingredient of animal feed. Potato starch is also used for the production of artificial honey and potato syrup (used in the manufacture of some sweets). The gelling properties of starch are used as a thickener, stabilizer, ingredient of jelly desserts, pudding, jellies and the like.

Although starch is used mainly in the food industry, more and more of it is consumed in the pharmaceutical industry (coatings and fillers of medicines and pharmaceutical products), textile (stiffening and starching of textiles), cosmetics (powder, talc, dry hair shampoo), paper and glue production. 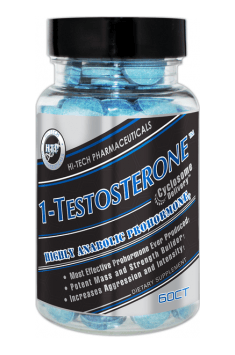 In summary, starch is a completely safe product of vegetable origin. It is a very good source of energy in our diet. Natural products that abound in it should be the basic component of our diet. The wide use of starch in the food industry and the universality of use in other industries makes starch an invaluable and unrivaled raw material with endless possibilities.