The skin is a delicate “matter covering our body. Therefore, it should not be too surprising that in the case of local loss of integrity – weakening of the structural core layer – we use the word stretch, which is associated with a stocking in which “eyes flew.

The scientific name-striae distensae-was introduced by Roderer in 1773, who first described the phenomenon of stretch marks. It was not until 1867, however, Koestner explained them from the histological point of view, highlighting the atrophy of the basic substance and fibrous component, which he gave the name striae atrphicae.

Striae appear as linear, parallel strands separated by healthy skin. Their appearance is usually asymptomatic, but it can be combined with a gentle sensation of pruritus, less burning, pain.

The color of these highlights depends on the evolutionary phase. At the beginning, when the inflammatory component, pseudo-hypertrophic, prevails, the stretch marks are red, red or red-blue. in the scarring phase they are thinner, more even, sunken in relation to the surrounding skin and become whitish, sometimes with a pearly shade. Stretch marks are usually bilateral, i.e. appear on both sides of the body, in every area of ​​the body except for face, hands and feet. On the belly they can have a radiant or fan-shaped look, on the hips transverse, on the breast radial from the nipple, and in the lumbosacral region are horizontal. In women, this disorder occurs twice as often as in men, it can occur at any age, although most often during puberty and pregnancy. In the first case, it concerns 35% of young people. The most frequent spots of stretch marks are in the case of girls’ hips, thighs and breasts, in boys the cross-lumbar region. 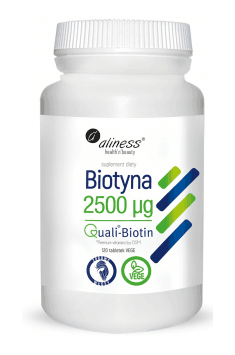 Medical literature in relation to the histological structure of stretch marks is admittedly ambiguous, but the most characteristic features can be distinguished. These are the diminutive epidermis, which lost its papillary drawing, and the dermis – also thinner, with changes primarily in the fibrin component. Collagen fibers are joined in groups arranged parallel to the surface of the skin, while elastic fibers at the sub-median level are atrophied, and in other areas are few and very delicate. The cellular and vascular component is small, and the hair and seborrhea attachments are practically absent. Stretch marks, being widespread pathology, are still not well known in terms of its pathogenesis. Most researchers accept the two theories of their emergence in the environment and mechanics. According to the first, the formation of stretch marks is associated with excessive secretion of glucocorticoids. According to the second – with rapid elongation and shortening (traumatism, strong and repetitive muscle contractions, such as in sports), which cause the vascular and fiber components of the skin to be drawn, leading to local ischemia and discontinuation of collagen fibers. In fact, both mechanisms play a fundamental role in the formation of stretch marks, and they benefit from individual genetic predisposition.

Striae once created, remain indefinitely. Sometimes they may be partially repressed, probably as a result of the genetically determined ability of the body to respond to mechanical injuries.

Currently, there is no medical therapy, which is able to cause them to disappear. For this reason, prevention is so important and early, because stretch marks arise at a very young age.

Therefore, it is important to control body weight, which is not only about obesity as such, but also to limit excessive increases in body weight during pregnancy and to avoid overly rapid and rapid dietary therapies. To maintain the best condition of the skin, proper nutrition is essential. You must remember to provide proteins, lipids, carbohydrates and vitamins (A, E, PP, B5) in an amount depending on the physiological state (pregnancy, puberty).

Physical exercises must be progressive; avoid long-lasting and strong muscle cramps. The combination of moderate sports activity and massage improves vascular and lymphatic microcirculation and may be useful for toning the tissues and preventing the formation of these aesthetic defects, especially during pregnancy.

Typically cosmetological prevention is based on the local use of creams, gels, oils and plant-based preparations, elastin, collagen, biostimoline, vitamins, placental preparations, acetazolamides, alpha-hydroxy acids, etc. Precursors are also present in local preparations. Collagen, such as proline linoleate, hydroxyproline complex and others.

You can read also: 3 steps to restore collagen and a youthful bounce to your skin