Beets reduce the risk of osteoporosis, which is why beetroot juice should drink people at risk of bone turnover, especially ladies during menopause.

Do you know that beet has really healing properties, it owes it to betalains – the same dyes that occur, among others, in spinach, thanks to which we have better resistance, we age slowly and prevent the occurrence of cancer. Glass of beet juice can do wonders it will protect you from runny nose, free you from heartburn, lower blood pressure and give you strength.

The healing properties and nutritional value of beets are known not only in Poland. The beet has been popular for at least 4000 years on the Mediterranean Sea, when wild beet was known. The healing properties of beet were also appreciated by the ancient Babylonians, followed by the Greeks and Romans. the latter have so tasted in this vegetable that they even began to eat its puny roots, which is why they tried to increase their size, it was not until the Italian gardeners in the 16th century that the beetroots became more diverse now and today we know beetroot, fodder and sugar which they did a stunning career in Napoleon’s time, when in Europe deprived of supply of sugar from the reed, new methods of obtaining it began to be sought.

Although beets are not a rich source of iron, it is a wonderful hematopoietic agent, long recognized by natural medicine .It prevents anemia and, moreover, supports leukemia treatment.The beetroot colorants belong to very strong antioxidants and increase the absorption of oxygen by the cells four times. circulatory system.

Folic acid, in which beets abound, not only determines the proper development of the fetus, but also helps to remove homocysteine ​​from the bloodstream – its high level can cause heart disease. Beets help normalize cholesterol levels, also counteract calcification of the blood vessels.

They should be eaten by hypertensive patients – researchers have proven that nitrates present in beet juice increase the concentration of nitric oxide in the blood, which is interesting, the higher the pressure of patients, the stronger the nitrate effect. 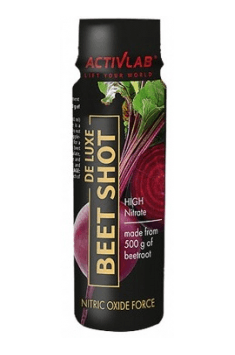 The beautiful color of beets is due to betanin – an antioxidant that protects against the damaging effects of free radicals. Because of this, beetroots are the most effective way to fight cancer, which destroys free radicals that damage DNA and contribute to the formation of cancer. that the condition of patients suffering from cancer of the digestive tract or bladder, who drank 2 cups of raw beet juice per day, is improving, and today we also know that beets support the body after chemotherapy, with anemia.

Beets have a high glycemic index

Patients with diabetes should not eat beet because even in their beetroot variety there is a lot of sugar (the glycemic index of beets is high, IG = 64), while for children and adolescents, and also pregnant women, especially those who are exposed to folic acid deficiency and anemia, beetroot dishes are very advisable Beers are low in calories – they have only 33 kcal in 100 g.

Beets help in the fight against viruses

Beet in any form strengthens the body’s resistance to diseases, especially viral diseases, so if we get influenza or mononucleosis (an infectious disease that resembles acute purulent angina, but also causes significant enlargement of the spleen and liver), let’s drink beet juice. he will relieve their course, beetroots also have an expectorant effect, so they help with coughing.

Thanks to its alkaline-forming properties, beets restore the balance in the stomach after acidifying meats and sweets. The traditional combination of this rabbit and venison dish has a very deep justification, and beetroots also mitigate the effects of alcohol abuse.

You can read also: 5 benefits for which it is worth to increase the level of nitrogen in the body !

By the juice of him, ladies once made a blush on their face to look healthy. But beet really has healing strength. It owes it to anthocyanins – the same dyes that occur in red wine.

Beet history dates back to ancient times, it was grown in the Mediterranean. Greek goddess of love – Aphrodite owes her beauty to beets. As early as 2000 BC, Babylonian leaves were used for healing purposes in Babylon. In Poland, beets were known in the Middle Ages, served on the table of Władysław Jagiełło. Since then, beetroots have been one of the most popular vegetables in our country, due to both taste and nutritional values.

In the old days only leaf beetroots known as “biscay” were known. The name “beetroot” meant basted chard. Later, it began to function for the definition of red beets. The current size of the root was obtained by Italian gardeners in the 16th century.

Beetroot has a large edible red root and reddish leaves. Various varieties are grown, differing in the shape, size and intensity of root staining. Beets can be hard to digest due to the high fiber content. Therefore, the newer varieties are almost devoid of woody fibers, with a thin skin, strongly stained with sweet flesh.

Red beet is a very popular vegetable that is experiencing a real renaissance. Its health benefits justify it. He should visit our tables as often as possible.

The whole material about the healthy beetroot is found here Beetroot – popular, full of health, but underappreciated.

A healthy recipe for a delicious salad of beetroot, chickpeas and anchovies

It is a typical Provencal salad.

Cut the beet into cubes and drop into a large salad bowl. Add the chickpeas, the crockery and mix thoroughly.

Pour the anchovies with garlic, preferably in a mortar, until a homogeneous paste is created. Add vinegar and lemon juice, mix thoroughly using a fork. Add the oil and mix again thoroughly. Add pepper. Transfer the beet mass and mix thoroughly. Four (up to six) portions of salad ready!

You can store the salad in the fridge for two days.

Betaine is an amino acid – it is also known as trimethylglycine (TMG). It is a derivative of glycine, that is the simplest amino acid protein. It is a chemical compound with an organic character and belongs to a huge group of betain – zwitterionic ions, which contain fragments with a positive and negative charge (they do not adhere to each other as in the case of ylids). Few of us, unfortunately, know about its existence, and yet it is a substance that fulfills really important functions. Our body produces it together with choline – or vitamin B4, which by its way fulfills a very important role, especially in the case of pregnant women. Betaine owes its name to a fact – it was isolated from beet, which is also its source. Beta is a Latin generic name for beets. These vegetables are considered to be the best natural source of betaine known to us. This substance is getting more and more popular among various dietary supplements available on the market. The better it affects the fact that betaine is a completely natural ingredient.

Betaine as a medicine

More and more often we can meet with names such as Betaine HCL. It is a naturally occurring component of gastric juice. It takes part in digestion, it also promotes the absorption of nutrients. It was available without a prescription until 1993, when it was removed from the list of supplements by the US government institution – the Food and Drug Agency, also known as the FDA. It was believed that it did not stand out with such efficiency as was expected of it. However, the 2014 study confirmed its effectiveness in improving stomach pH.

We are also familiar with Betaine with Pepsin, which, like Betaine, HCL is a natural component of gastric juice. Both of these substances are particularly useful in the absorption of calcium, vitamin B12, iron and also proteins. Pepsin itself is a digestive enzyme. How does it work? It breaks down proteins into smaller elements, thanks to which they will be easily absorbed in the small intestine. It occurs in the stomachs of people and many animals. It is released by the gastric mucosa in the form of inactive proenzyme.

This substance – maybe and is not known to most of us – but it is considered very important. It has a huge impact on numerous biochemical processes. It is able to carry any particles, which affects their combination. One can even mention the combination of hydrogen and carbon. One of the processes influenced by betaine is, inter alia, the homocysteine ​​methylation reaction of amino acids with the creation of methionine. This one is a really underestimated amino acid, which is responsible for the internal process of creatine formation increasing muscle strength and mass, protein synthesis – especially for translation.

Beets – and thus betaine itself – does not play a major role in our diet. And this is really a big mistake because these vegetables are rich in substances protecting the liver, helping to burn excess fat, inhibiting the growth of bacteria. Betaine has two rather interesting properties. After reaching the human body, it reaches very deeply into the liver cells, thanks to which the reproduction of the above-mentioned methionine is activated. The liver is the body responsible for the capture and neutralization of toxins, and therefore its proper condition is very important – it can affect the delivery of betaine to our body. This substance found in beetroots also supports choline, and its task is to break down fats in the liver. Beets containing betaine may be a key element in the diet of people suffering from obesity and overweight.

Remember not to use betaine too often. It is best to arrange it for doses from two to three times a day. If this substance has overdosed, diarrhea or upset stomach may appear. Betaine should be combined with substances such as creatine. The dosage is also important, i.e. the amount we take. The daily requirement for it is from one to three grams. In the case of training, we should take it one and a half hours before and after exercise.