Liquorice licorice (Glycyrrhiza glabra L.) is a perennial from the family of fabaceae.

Glycyrrhiza comes from the Greek words glykis – sweet, and rhiza – root. The first names of licorice, such as sweet root, sweet tree, malt root or malt testify to the particularly sweet taste of the plant, which the licorice root owes to the main component – glycyrrhizin. For medical purposes in late autumn or early spring, three or four year old shoots and plant roots are harvested.

The licorice root was known and valued several thousand years ago in China, where it was used as the main component of herbal preparations. In India, licorice was appreciated in antiquity, where to this day in a liquorice infusion bathing or pouring Buddha statue on the day commemorating his birth. Licorice was also described in ancient Greece and Rome. In Europe, the cultivation of licorice was initiated in the fifteenth century by the Benedictines. So what is the reason for such a high popularity of licorice and what health properties does it show?

In the licorice root there are about 400 chemical components. Five groups of compounds can be mentioned here, such as flavonoids, triterpene saponins, coumarins, polysaccharides and essential oils.

The triterpene saponins include the glycyrinic acid (glycirizin) already mentioned, which gives the licorice root a sweet taste.

The liquorice root oil contains about 30 ingredients, min. linalool, tarragon, benzoic aldehyde, fenchon and furfuryl alcohol. In addition to these compounds in the licorice root can be found starch, gums, gums, sugars, mannitol, tannins, phytosterols and proteins and amino acids.

The healing properties of licorice root are associated with the presence of compounds such as saponosides and flavonoids. Saponosides display min. expectorant, antibacterial and anti-inflammatory effects. The flavonoid compounds, on the other hand, have a direct effect on the bronchial and smooth muscle cells in the gastrointestinal tract.

Effects on the function of the digestive system

Positive effects of licorice root on the digestive system and alleviation of digestive disorders have been demonstrated. Thanks to its anti-inflammatory properties, licorice has a regenerating effect on the mucous membrane of the stomach and intestines. Studies show that liquorice extracts can inhibit the growth of Helicobacter pylori bacteria, which are mainly responsible for peptic ulcer disease and gastric and duodenal cancer. Licorice supports the healing process of gastrointestinal ulcers , supports pancreatic secretion. Active compounds also prevent liver disease of the liver and protect it against the toxic effects of heavy metals.

The use of licorice is used in the auxiliary treatment of gastric and duodenal ulcers, SIBO (small intestinal bacterial growth syndrome), hypersensitivity of the large intestine and in conditions after gastrointestinal surgery, inflammation of the gastric mucosa and the risk of gastric cancer. The licorice extract also speeds up the regeneration of the intestinal mucosa and stomach after food poisoning or heartburn.

Effects on the respiratory system

Studies have shown that saponin compounds in the licorice root reduce the surface tension, which reduces the viscosity of mucus deposited in the airways. It stimulates the secretory activity of the mucous membranes of the upper respiratory tract and supports spontaneous movements of the ciliary epithelium. Licorice therefore has diastolic, cleansing, expectorant and secretolytic effects. It can be used as an aid in diseases of the upper respiratory tract, persistent cough, bronchitis and throat, asthma and hoarseness.

Effect on the endocrine system

The liquorice liquorice contains numerous phytoestrogens that have beneficial effects on the body. Their operation has been proven min. in prophylactic treatment of cardiovascular diseases and alleviating menopausal symptoms and premenstrual syndrome in women.

Studies have shown that glycyrrhizin present in licorice is an inhibitor of enzymes responsible for the breakdown of hormones such as adrenal and progesterone steroids.

According to some studies licorice can regulate the metabolism of estrogen, so it has a soothing effect on the symptoms of premenstrual syndrome in women (reduced mood, water retention or excessive appetite). Phytoestrogens contained in the licorice root are also used to alleviate the effects of osteoporosis, also postmenopausal in women. 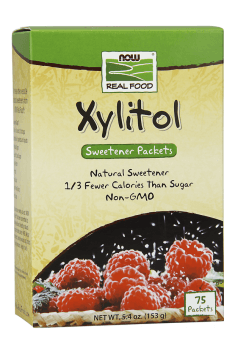 Licorice contained in the root glycyrrhizin promotes the formation of a natural antiviral compound in the human body – interferon. It inhibits the development of min. Type 1 herpes virus. Licorice has bacteriostatic, immunosuppressive and antifungal activity. Thanks to antibacterial properties, licorice extracts are used to fight tooth decay among children.

The use of licorice in cosmetics

Liquorice has moisturizing and soothing properties. It has antibacterial and anti-inflammatory properties and supports the regeneration of the epidermis. It is used in the care of dry, dehydrated, sensitive, capillaries and acne skin, with psoriasis and atopic dermatitis. Licorice extracts are also used in the auxiliary treatment of dermatoses such as pemphigus or systemic lupus erythematosus.

The use of licorice in gastronomy

Liquorice is mainly used as a sweetener due to the 50 times greater sweetness of glycicirine from sucrose. It is used for the production of candies, jellies, drinks and juices. It is also used in flavoring beers and liqueurs.

In what form on the market can you find licorice?

Licorice and extracts are often sold in various forms. You can find on the market

Taking high doses of licorice products for a long time may reduce urine output as well as sodium and chlorine ions, and cause swelling of hands, legs and face. Do not take liquorice for more than four weeks. Excess licorice can cause increased pressure, water retention in the body and dyspnoea and cardiac arrhythmia.

The contraindications of licorice use include

You can read also: Sugar detox

Do you know that wild beans grow in Africa? In Poland, broad bean appears at the beginning of summer and, like other legumes, it is a treasury of nutritional value. It contains a lot of protein, fiber and low in calories (100 g is just 66 kcal and about 6 g of fiber, which helps to protect the mucous membrane of the large intestine from toxic substances). It has also been shown to reduce blood cholesterol because it binds bile acids in the large intestine.

Broad bean is rich in isoflavones and plant sterols. Isoflavones, such as genistein and daidzein, act protectively on the breasts, protecting them against cancer. Broad bean is characterized by a high concentration of an amino acid called levodopa (a precursor to dopamine), which acts as a neurotransmitter in the brain, but also raises testosterone levels and increases the synthesis of growth hormone.

Delicious hummus from broad bean. Will you be tempted?

Broad bean has a high nutritional value, it provides a lot of B vitamins 100 g fresh grain contains 423 micrograms or 106% of the daily requirement for folic acid.

In the broad bean seeds we can also find vitamin B6 (pyridoxine), thiamine (vitamin B1), riboflavin and niacin. Most of these vitamins function as coenzymes in the reactions of the cell in the transformation of carbohydrates, proteins and fats into energy. 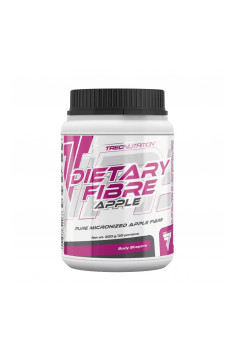 What beans to buy?

Very young broad beans, like sugar peas, can be eaten raw. Mostly sold beans are already shelled and stored in sealed plastic bags. It is not known if it is fresh and therefore it is best to buy it in pods. They should be intensely green, without discoloration and mold.

How to store broad beans?

Broad bean in the fridge retains its nutritional value for about a week. It can be eaten as a snack, it is also a great ingredient in salads. Unfortunately, it causes bloating and excessive fermentation in the gut. The way to eliminate excess gases is the addition of ginger, kelp or spice cumin, cumin or laurel leaf.

How to cook broad beans?

Bloating and gases are caused by oligosaccharides in grains, which unfortunately are not digested or broken down by intestinal bacteria. So to avoid stomach sensations, you can eat a glass of cooked beans (3 g oligosaccharides) at one time or cook the seeds properly. How to do it?

You should pour the beans very hot water, leave for an hour, pour out the water and cook again in new water, salting at the end of cooking. Some recommend cooking it with the addition of fennel, especially if someone does not like the smell of boiling broad bean, but also lemon juice, sugar, herbs. So prepared it will work well in a salad with broad beans. If the broad bean is young (small, with a delicate, green skin), cook it for several minutes – preferably steamed. The older broad bean needs to be cooked for several dozen minutes to be soft (30-50 min.). It’s best to check every now and then, if it’s ready.

Broad beans – who can hurt?

Bean is not for people who suffer from gout (due to the presence of purines), tend to form oxalate stones in the kidneys and problems with the digestive tract.

Broad beans may also occasionally cause serious allergic reactions, known as favism. Disease symptoms occur in people who have a mutation in the G6PD gene after exposure to various environmental factors, the most important of which are medicines, the intake of broad beans (Vicia faba) and contact with its pollen.

You can read also: Dietary fiber and weight loss

Quince is a fruit that should become an obligatory diet component in the autumn and winter period.Que quince contains a lot of vitamin C and many other vitamins, as well as mineral elements that effectively strengthen the body’s immunity and support the immune system in the fight against cold and flu What other healing and nutritional properties does quince have?

Quince (Cydonia oblonga) is grown as an ornamental plant in orchards, home gardens, parks and plots. The quince fruit ripens in autumn – in September and October. They are yellow, large and resemble small pears or apples, which is why they are often called apple fruit. Quince fruit is not suitable for eating raw, because it is hard and sour (that is why they are sometimes called Polish lemon), but you can prepare many of them with the benefits of both taste and health

honey, marmalades, jams, plum jam, compotes, juices, pastes, liqueurs and wines.Due to the appearance, the common quince is often confused with the Japanese quince (Chaenomeles japonica), but the fruit of the quince is clearly smaller, harder and sour than the quince, but also more aromatic.It is their acidic taste can be found in a classic tincture called a quince.However, in the kitchen, both types of fruit can be used interchangeably and produce numerous preserves on their basis.

Quince against flu and cold

Quince besides sugars and organic acids also contains tannins, pectin and volatile oil. Of all vitamins, the most vitamin C (15 mg in 100g), which strengthens the immune system, during the autumn-winter illness, the body also supports the vitamins contained in quince group B. In addition, the fruits of quinces contain many minerals, such as

calcium, potassium, iron, copper, magnesium and phosphorus, which are necessary to strengthen the body’s natural defenses.That is why modern phytotherapy recommends the consumption of quince fruit in the form of juice with the addition of honey with dry cough, cold, flu and autumn solstice.

Here you can read: How to survive winter or a few words about immune system

Quince on ailments from the digestive system

Quinine seeds are also a medicinal resource, Macerate or infusion of quince seeds will relieve indigestion and help get rid of heartburn and reflux. They are also recommended for excessive intestinal fermentation and inflammation of the gastrointestinal tract, gastric and intestinal obstruction, gastric mucosal damage.

In turn, quince seeds, which also have many health properties (in traditional folk medicine is a drug to improve appetite), you can prepare a tincture called a pungent or extract from them to add to tea.

Here you can find supplements that support digestive system