Gout also known as gout is caused by the accumulation of uric acid crystals. Swelling and pain in the joints should make you change your diet, which is the basis for the treatment of gout.What diet is indicated at the gout?

Gout also known as gout is caused by the accumulation of uric acid crystals in the joints and periarticular tissues. Swelling and pain in the joints should make you change your diet, which is the basis for the treatment of gout. What diet is indicated at the gout?

Why the diet supports the fight against a serious disease, which is gout? Gout is a metabolic disease in which there is an abnormal distribution of purines (nitrogen bases) present in proteins, then hyperuricemia, that is, increases in uric acid in the blood. the crystallization of sodium urate in the periarticular fluid and the formation of uric acid deposits in the tissues resulting in painful arthritis The course of gout usually starts with the attack of the big toe joint Gout is called a well-being disease. The increase in the number of cases is strongly associated with change of lifestyle – less movement, unhealthy diet, use of drugs, taking drugs, eg antibiotics. The increase in the number of gout cases correlates positively with the occurrence of obesity, diabetes, hypertension and cardiovascular diseases.

Gout sufferers should avoid alcohol (except for small amounts of wine), because it intensifies inflammation in the joints and aggravates joint pain. Studies have shown that gout is 2.5 times more likely for men who drink 2 bottles of beer every day, while when drinking 2 glasses of wine everyday, they were not burdened with an increased risk of getting ill.

You should drink 3-4 liters of water every day in gout, which accelerates the excretion of uric acid and prevents its crystallization in tissues. It is recommended to drink water just before bedtime, which protects against the formation of acid crystals in the kidney tubules. meals should be normoral. Overweight and obese people should limit the caloric content of the dishes and strive for a healthy weight reduction, because obesity is closely related to the rise of uric acid in the blood, fasting and high caloric deficiencies are prohibited. of uric acid in the blood. Scientific research has shown that a diet with a predominance of carbohydrates promotes the excretion of uric acid, and a diet high in fat increases the reabsorption of urate. It is recommended that in the treatment of gout, the supply of energy from nutrients developed at the level of.

Although gout is closely related to nutrition, and evidence of the positive impact of nutritional management in its treatment is evident, studies show that patients do not change their diet.

You should eat 4-5 meals every day, last about 3-4 hours before bedtime. This is very important because the uric acid retention gets worse at night.Differences should be varied so as not to lead to a deficiency of vitamins, minerals, amino acids or essential acids It is advisable to eliminate deep fried and roasted foods with added fat .These cooking techniques include cooking, stewing without frying and burning without fat .It is very important that the meat be boiled in a large amount of water, as it allows the release of parts contained in purine. Then the water from the cooking should be cast in. The meat should be consumed in a limited amount, but you do not have to eliminate it completely.

It is recommended, however, to eliminate seafood, bone and meat extracts, broths, meat and bone meat from the diet. Recommended sources of protein are eggs and dairy.The diet must reduce the simple sugars contained in, among others, sweets, drinks and juices. fruit is also a source of fruit, hence the recommendation to limit fruit in gout, glucose and fructose can be partially metabolized to lactic acid, which inhibits uric acid excretion in urine, sodium works in a similar way, so you have to reduce the salting of dishes. decreased concentration of vitamin D3. Its supplementation seems to be justified because it is difficult to cover the demand for this vitamin. 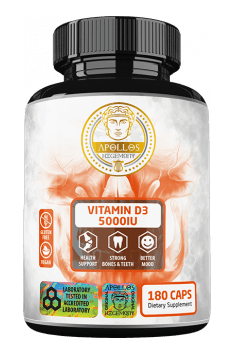 Moderate physical exercise is recommended, with the advantage of strength training over aerobic exercise, which allows the use of fatty acids as a substrate for energy production and does not contribute to the formation of lactic acid. Because urate precipitates when the body temperature drops, cold should be avoided. Psychological stress is also a factor that exacerbates hyperuricemia.

Ginseng is an important part of the treatment, its aim is to reduce the concentration of uric acid in the blood, thereby reducing or even completely eliminating attacks of arthritis caused by its crystallization and avoiding irreversible joint and renal complications.

The general principles of gut nutrition include products

The key ingredients in food are purines present in proteins from which uric acid is formed in the body. Ginseng diet is a low-purine diet .A day you can eat food from which a maximum of 300-500 mg of uric acid is released, and 120 mg during the attacks. However, this is not the only ingredient of the food to which you should pay attention when planning a menu, and the high content of purines does not always exclude the product from consumption.

It seems reasonable to count the amount of uric acid in the diet only from these products. Scientific studies have shown that purines found in legume seeds, spinach and other vegetables do not increase blood uric acid levels and can be safely consumed. Purines in vegetables and plants Legumes are contained in the fiber fractions and excreted from the body.

Milk, yogurt, kefir, buttermilk, cottage cheese.These foods, thanks to the presence of proteins (casein and lactalbumin), accelerate the excretion of uric acid from the body and prevent its crystallization in the joints.