Creatine is a protein composed of 3 amino acids (single protein building blocks) of arginine, glycine and methionine. Creatine occurs naturally in human muscles. You can also find it in food in white meat, red meat and fish.

Your muscles can naturally accumulate around 120 grams of creatine, but with the help of supplementation you can increase its amount to 150 g. Is it worth doing?

Creatine – effects of use in women

Creatine is associated with bodybuilders? If you want to have a firm, muscular body, you can also benefit from supplementation with this compound.

Creatine is especially recommended for those who practice sports requiring short, intense efforts. The main effect of its use is to increase the muscles’ ability to produce energy during a violent effort (the so-called spurts).

Creatine will therefore work for anyone who

exercises at the gym,

If you care about visualizing your muscles, shapely arms, thighs or a flat stomach, creatine will help you achieve this goal more strongly.

Other effects of creatine use are

protection of muscles against excessive disintegration,

acceleration of regeneration after training,

Do not be afraid that after introducing supplementation with creatine, your muscles will grow to a monstrous size. Even low doses can significantly improve performance during strength training. Muscles have a limited ability to incorporate creatine, which makes excessive supplementation senseless. 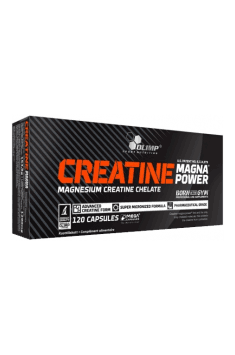 The most popular form of creatine is monohydrate – white, a water-soluble powder which is neutral in taste. It’s a stable compound, combining one molecule of creatine with a molecule of water. Other forms are also available on the market, for example, creatine citrate, creatine phosphate, creatine stacks. However, there is not enough evidence that these compounds are better absorbed or more potent in increasing exercise and muscle mass than creatine monohydrate.

For women, the most effective is taking small doses of creatine, several times a day. Thanks to this, the chances of creatine intake are increased. The larger the one-time dose, the more creatine is excreted in the urine.

Take 6 servings of 1 g creatine per day for 6 days, then use a maintenance dose of 2 g per day for 25 days.

Creatine should be taken for 3-5 months. Then it’s worth a month break.

You must know that creatine does not work for everyone. In 2 of 10 people the effect is unsatisfactory. Creatine concentration depends on which type of muscle fiber dominates. This feature is genetically conditioned. If you have an advantage of type II (fast-twitch) muscle fibers, you are better at responding to creatine. Type I muscle fibers (slow-twitch) does not benefit from supplementation with creatine.

If after a month of using creatine you do not notice greater strength and endurance, do not take it.

Creatine is good to eat to or after a meal. Digestion causes the secretion of insulin. Insulin makes creatine better and more slowly absorbed, which results in better results.

Side effects of taking creatine

Creatine is a well-studied supplement. Unfavorable effects of its use can be observed only after prolonged use of high doses.

The fastest noticeable side effect is the weight increase resulting from water retention. In extreme cases, improper use of creatine may also appear

After stopping the supplementation, creatine levels are slowly returning to normal for a few weeks. During this time, a slight decrease in muscle mass and strength is observed, but ultimately both parameters remain at a higher level than before supplementation.

You can read also: Monohydrate or creatine malate – which one to choose?

Professional trainers are increasingly recommending protein supplements to their pupils regardless of their age or gender. Although, until recently, this kind of supplementation was considered a typically masculine fad, this trend changed by 180 degrees and women also eagerly reach for protein before or after training. Do you want to know how to properly supplement them and what actually gives it to your body? In this article you will find all the information about protein for exercise!

What is protein and when to take it?

Protein is a nutrient and building material that we need for proper functioning. Every day you deliver them to the body with food. The question, however, is it in the right amounts?

If you are training hard and you want to increase your muscle mass (and what to fight for, because more muscle means faster fat burning), you should consider supplementary protein supplementation.

What does protein supplementation give?

The protein not only speeds up the metabolism, but also promotes slimming, because it is the only nutrient whose digestion absorbs so much energy (energy = burned calories). His increased participation in the diet pays off for people who are struggling to get a dream figure and also for those who want to avoid the yo-yo effect after a slimming diet. It is for this reason that trainers often encourage you to drink protein cocktails instead of, for example, eating a traditional dinner.

At this point, however, it is worth emphasizing that excess protein in the diet can seriously damage your health, so any changes in the menu should always consult with an expert! 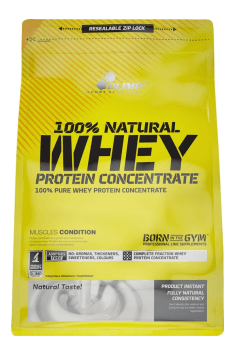 When to take protein? Before or after training?

There is only one answer to this question

EVERYTHING DEPENDS ON YOUR DIET!

If you train under the supervision of a trainer, and the diet was arranged by your dietitian (of course in agreement with the instructor!), Often additional supplementation is not needed at all. A well-balanced menu, in which there is a division into training days and days without training, it is enough to achieve the goal.

The situation is completely different in the case of people who eat and feel a lot at the same time. It is them who are dedicated protein supplements. It is worth remembering that supplementation of this ingredient is only beneficial if we are unable to provide the body with adequate amounts of protein from food, e.g. due to exceeding the daily calorie limit on a reducing diet or due to the usual lack of time.

Take it when you do not have the opportunity to eat a wholesome meal (eg you live far from the gym, after the exercise you rush to work, you forgot to take a meal with you)

Take when you have the opportunity to eat a wholesome meal immediately after the workout (one that contains both protein, carbohydrates and fats).

You can read also: Protein, protein, how much should we consume per day?

Why do I have doubts? Because unusually good results have been achieved. Until now, ginger has been associated with effects on inflammation, osteoarthritis, risk of colorectal cancer or lipid metabolism. 2

You can read also: Helping you through the last time of the winter