Because there is little information in Polish about the current Nutrition Pyramid and planning a diet, we should know what products to avoid and what are to be the basis of our nutrition, I put an article on this topic.

The last food pyramid, called the Healthy Nutrition Pyramid, will not be the last one but it may be the best yet.

Using the shape of the pyramid to show what foods should be started started when the USDA (US Department of Agriculture) created the Food Pyramid in 1992. Since then, several pyramids have been added to show the eating habits of people of all ages (children and the elderly), different ethnic groups (Hispanics, Asians) and different points of view about what makes a healthy diet (Mediterranean diet).

The last supplement, called the Pyramid of Healthy Nutrition, is a reflection of the most current nutrition research conducted at the Harvard School of Public Health and the Harvard Medical School.

The main difference between the new and the old, original pyramid focuses on the balance between carbohydrates and fats. For ten years, doctors and dieticians have told people to eat more carbohydrates and avoid fat, but people in the United States and around the world have become obese in an alarming way. This led scientists to question their nutritional recommendations. The Healthy Nutrition Pyramid divides coals and fats into good and bad, and not as the old ones combine them. The new pyramid suggests other equally important changes including

– limiting dairy products to one or two servings a day

– you have a limited amount of alcohol 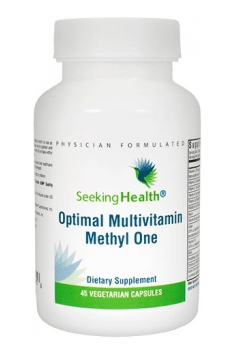 In many cases, the Pyramid of Healthy Nutrition resembles an older pyramid developed by the Oldways Preservation & Exchange Trust (the non-governmental organization promoting a healthy lifestyle) and the Harvard School of Public Health. The Mediterranean Diet Pyramid was invented after scientists noticed that people who live near the Mediterranean (Italy, Greece, Spain) have lower levels of obesity, heart disease and cancer than most Americans. (Scientists warn that diet is only a part of this state of affairs, these people also eat less than a typical American and take more traffic every day.)

A typical Mediterranean diet compared to the American one

The most important assumptions of the Mediterranean diet

– the basic layer (the one at the very bottom) includes potatoes, polenta, couscous, bulgur (a type of wheat groats) and other grains

-food, legumes and nuts are important, they are in the range of those that need to be consumed daily.

– olive oil is distinguished by having its own place in the pyramid, in its middle part

-the fry, poultry, eggs and sweets can be eaten only a few times a week

– red meat, appearing at the top of the pyramid, eat only a few times a month

– wine is recommended but in moderate amounts

And the Pyramid of Healthy Nutrition and the Pyramid of the Mediterranean Diet give Americans the basis to choose the right balance between food products. If you are a vegetarian you will have to adjust your pyramid to be sure that you provide enough protein, calcium, vitamins and minerals.

For young and old

People who are more than 70 years old also have their own pyramid. Researchers at Tufts University’s USDA Human Nutrition Research Center on Aging have published a modified pyramid that targets mainly older Americans.

Differences between the 70+ Pyramid and the original one

– the base is recommended 8 or more glasses of water a day. Although everyone should drink at least 8 glasses of water a day, this must be emphasized because the bodies of older people are less likely to alert them about the need for water. Drinking plenty of water can also help relieve constipation, a common disorder of aging adults.

-flag at the top of the pyramid recommends supplementation with calcium, vitamin D and B12. It is difficult for many older people to deliver the right amount of vitamins from food alone.

– Seniors for the elderly are also thinner than the standard, suggesting that older people should eat like “slimming people to cut calories, eating more nutrient-rich foods instead of high-calorie foods.

Young children aged 2-6 have their own pyramid, similar to the USDA pyramid but with pictures of products that children commonly eat. Portions have also been changed, reflecting the true eating habits of children. Illustrations surrounding the pyramid show children involved in various forms of physical activity, emphasizing the importance of exercises – or in this case, play – in the lives of healthy children.

You can read also: HEALTHY NUTRITION

Keks is a sponge cake with nuts and raisins baked in a rectangular, narrow form. Keks enjoys great popularity, especially during the Christmas season.But fruitcake is a cake with dried fruits and nuts, it is not rich in vitamins and minerals. what is the difference between a traditional Polish fruit cake and those produced in other countries.

Keks is a sponge cake with the addition of chopped dried or candied fruit, nuts and spices. Fruit cake originates from ancient Rome and was prepared from a barley mash with pomegranate, pine nuts and raisins. In the Middle Ages honey and spices were also added to the mash. also in Europe, however, the additions were dependent on the availability of ingredients in a given country.In Poland, a traditional fruitcake has the shape of a loaf and a high content of candied fruit, nuts, raisins and figs, it is eaten during the Christmas season, just like a fruitcake in Canada and it is available Also in Germany, a traditional fruitcake is baked for Christmas, it is shaped like a loaf with a sprinkle of powdered sugar, while in Bulgaria and Australia a fruit cake is sold all year round. A Bulgarian fruit cake consists of flour, butter and milk. , yeast, yogurt, eggs, cocoa, walnuts and raisinsMach, a few months earlier, candied and dried fruits, raisins and walnuts are soaked in rum. Additionally, the fruit cake is topped with rum immediately after baking.In Britain, the fruit cake is round, covered with marzipan and decorated with holly leaves or snow ornaments.

Here you can read: Cake with jelly and chocolate mousse

Fruitcake contains a significant amount of fat, with a predominance of saturated and monounsaturated fatty acids, and in the fruitcake, in spite of the content of dried dried fruits and nuts, there are insignificant amounts of vitamins and minerals.

Fruitcake is a high calorie product, 100 g of the recipe delivers 385 kcal.

However, against the background of other vitamins, the content of vitamin A, vitamin E and vitamin D is distinguished. Among the minerals, copper, phosphorus and iron deserve attention.

Fruitcake is not a product that we should eat every day, we should choose it from time to time and in small quantities. Not recommended for obese people because of its high calorific value, diabetics and people with digestive system diseases.

Diabetic diet, in addition to blood sugar-lowering drugs, is the basis for the treatment of diabetes. Diabetes does not have to give up a good kitchen. Diabetic diet can also be tasty and varied, only a few rules must be observed. Check what a diabetic diet is all about you can eat and which products are contraindicated.

Diabetic diet is not complicated at all and diabetes is accumulating more and more, it is estimated that over 2 million people suffer from it in Poland. About 1 million people are asymptomatic, the most common is type 2 diabetes, attacks 90% In most cases, people struggling with obesity, after the age of 40, fall into it.

Diabetic diet is an indispensable element in the treatment of all types of diabetes, and several types of disease are distinguished among carbohydrate disorders

Type 1 diabetes, in which the pancreatic beta cells stop producing insulin, it appears in children;

type 2 diabetes, in which the tissues become insensitive to insulin, and the pancreas at some point burns out as a result of the more and more intense production of insulin;it is mainly the result of poor diet;

Here you can read: Diabetes and physical exercise – contraindications. A post-training meal for a diabetics

Diabetic diet, or what?

The official recommendations of the diabetic diet for a very long time were based on guidelines limiting dietary fat and recommending carbohydrates with a glycemic index below 55 as the main source of energy in the diet. The Polish Diabetes Association in the guidelines for 2017 still recommends that 45% of energy in the diet comes from carbohydrates (or even 60 percent, if they are high-fiber products), which with a standard diet of 2000 kcal is up to 250 g and involves eating carbohydrates in practically every meal.

This type of diet recommended for many years did not bring the expected results, it did not allow satisfactory control of glycemia and lowering parameters associated with diabetes, such as fasting glucose or HbA1c glycated hemoglobin.

Currently, the highest diabetes diet is considered to be a low-carb diet with an increased fat content, which is confirmed by large, reliable scientific research, as well as practice in a dietetics department. 2015 25 renowned doctors and scientists who in the journal Nutrition proved the effectiveness of a low-carb diet in diabetes, analyzing nearly 100 studies.

In their publication, they refer to the lack of treatment effects of a low-fat diet with a low glycemic index and side effects of drugs used in type 2 diabetes. They urge the medical community to reject the traditional approach that did not allow to control the diabetes epidemic and recommend a low-carb diet to patients. however, one good low carb diet recommended to everyone.

Keep in mind that carbohydrates do not provide more than 30 percent of energy in your diet. Good quality fat should not be feared, which does not contribute to weight gain and is not a significant risk factor for cardiovascular disease, which is also confirmed by new scientific research. can be based on the fashionable paleo diet in recent years, but also to introduce cereal products in the right amounts.This nutritional approach allows people with type 2 diabetes to even completely abandon drug therapy, and people with type 1 diabetes – reduce the dose of insulin.

You can also read: Low-Carb Diets