To understand why changing time zones is causing problems, let’s say you’re flying out of Boston at 9pm and arriving in London at 9am local time. Because your body remains in Boston’s time zone, it is 3.00 according to the rhythm of the body temperature. As a result, you will feel drowsiness, apathy and confusion and you will not think clearly – it is not the best feeling to drive a car during London rush hours or to enjoy the first day of holiday. If you tried to fall asleep at 23.00 London time, your body would think it was 15.00, so you would have trouble falling asleep.

Here you can find supplements supporting your sleep – CLICK

A reverse problem occurs when flying west. If you were flying from Boston to Los Angeles, your body would think it was 23.00, although in Los Angeles it would be only 20.00, so you would have a problem with keeping the vigil and probably wake up early in the morning. Insomnia is probably worse with flights to the east, because the local time is ahead of the biological clock, so we must force sleep to adapt to the local schedule.

The duration and severity of symptoms caused by the change of the time zone increases with the number of zones crossed. If the crossing of one or two time zones does not cause major problems, exceeding three times creates problems lasting several days. In turn, traveling across half of the world raises problems lasting up to several weeks. Lack of conditions for comfortable sleeping on the plane and stress caused by the journey additionally sharpen the symptoms.

Generally speaking, our body’s temperature rhythm adapts to time changes during one day to one exceeded zone. Thus, a person who flies from America to Asia for a week may feel the symptoms caused by the change of time zones throughout their stay on another continent.

How to deal with sleep after changing the time zone?

If you plan to cross several business time zones, but stay on the spot for only a day or two, the trip will not be long enough to get used to the new time. Therefore, it will be better if you will, as far as possible, follow your usual sleep schedule, and conduct business when you are awake and alert. (That is why pilots usually try to comply with the schedule of home time zone when they have fast return flights). It is important to ensure that the place where you sleep will receive as little light and noise as possible during the local time of day.

People who plan to cross several time zones within their work or holiday and spend more than a few days at the destination place will experience more problems. Therefore, they should try to adapt to the new time as soon as possible. Before the flight, during and after the journey, certain steps can be taken to accelerate adaptation and reduce the symptoms associated with exceeding several time zones. 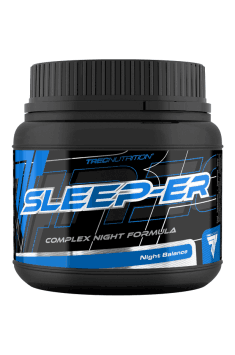 Before you leave, gradually adjust the time of bedding, getting up and eating meals to the time zone in the place you are going to. For flights to the east, this means getting up early, eating and going to bed; in the case of flights to the west, these activities should be carried out later. The earlier you do, the fewer problems you’ll have on the spot;

During the flight, eat lots of fluids to prevent dehydration caused by dry air (controlled pressure in the aircraft makes the air very dry). Dehydration significantly hampers the body temperature to adapt to the new time. Avoid alcohol and caffeine on the plane; these substances accelerate dehydration;

A sleeping pill can help you slept and adapt to the new time zone. The short-acting agent is the best, because it will work quickly and be removed quickly from the body;

Arriving at a new place, immediately adjust to the sleeping and waking moments prevailing there. For example, when you arrive in London at 9.00, do not sleep during the day, although your body is 3.00 Boston time. Stay outdoors and use exposure to sunlight, physical activity and socializing to prevent sleepiness. If you must be inside a building, try to stay near a window or in brightly lit rooms. Eat meals at the right time for your local time;

Try not to go to bed until the right time for local time arrives. If necessary, take a nap in the middle of the day to survive until the evening. Make sure that darkness prevails in your room to minimize the amount of night revolutions;

Give yourself time to adapt to the new time zone and do not plan too much on the first day. If you are traveling on business, arrive one day or two before the meeting, if possible. For the first day or two, arrange meetings in the pores in which you would be awakened at home;

If you regularly change time zones as part of business trips, consider purchasing a phototherapy lamp. As mentioned earlier, these lamps are relatively inexpensive and can be used to delay or accelerate changes in the rhythm of body temperature. Some studies conducted on travelers and pilots show that the use of phototherapy lamps for a few days before travel (use of lamps in the morning for travel to the east and in the evening for travel to the west) can speed up adaptation to local time and reduce the symptoms associated with change of time zones. (Several companies even created a device resembling a capsule that generates bright light and can be used during the flight and after reaching the place to change the body temperature, adapting it to the new time).

Regardless of whether you are traveling on a tourist or business trip, following the above tips will minimize the symptoms associated with the change of time zones, making your journey more enjoyable and more efficient.