Sometimes you do not have a choice and you have to eat a meal from the fast-food category, eg when you have been stuck in a traffic jam for long hours.

Fast-food is simply a quick dish. It’s accepted to specify meals that they are caloric, they have a high fat content, especially saturated fatty acids, they do not have an addition (or have a small amount) of vegetables, they are often served together with sweetened drinks, they are very salty.

According to some studies, this combination of calories + fat + sugar + salt is addictive and makes you look more and more often at a fast-food restaurant.

How to choose fast-food?

We have prepared rules for you that are worth using when you have to eat at a fast-food restaurant.

Give up fries. In their place, ask for a salad.

Choose a non-caloric drink. Bet on water or tea.

Put on classic dishes – the hamburger and cheeseburger usually have the least calories.

If you have the option to choose meat without breadcrumbs – beef or grilled chicken.

Ask for an extra portion of vegetables.

Do not pour dishes with mayonnaise. All you need is a small addition of ketchup.

Choose a pizza on a thin bottom. 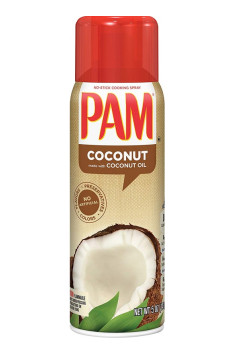 Remember that restaurants are required to provide information about the nutritional value of their meals. You have the right to ask for tables where you can check

How many calories have the most popular fast-food dishes?

You can read also: 8 things you should eat before and after training

Kebab is a traditional dish of Arabic cuisine, although the recipe of how to make a kebab yourself at home is very simple, every day in many cities such as Warsaw, queues set up in front of the oriental bars to try this delicacy. – the calories it provides can be counted in thousands, and the nutritional value of the kebab leaves much to be desired. Check if the kebab is healthy, what is the difference between the kebab from the kebap and try the recipe for a diet chicken kebab.

Kebab is a dish made of roasted meat, from which small pieces are cut after baking, with the addition of vegetables and sauces.The whole is wrapped in a lavash or other thin cake or served in a thick roll. In Poland, the most popular is döner kebap (which means \ rotating roasted meat \), a dish derived from the Turkish cuisine.This is meat cut from a vertical spit (usually mutton, veal or poultry, never pork) served with salad Although the recipe of how to make a kebab yourself at home is very simple, everyday in many cities, such as, for example, Warsaw, queues set up in front of oriental bars to try this delicacy. No wonder – for a relatively small price You can get a solid portion of meat, but nutritionists warn – the calories it provides, you can count in thousands, and its value. Kebabs leave much to be desired.

In Poland (and not only) in parts of the bars selling this oriental delicacy there is the inscription kebap, not kebab. How do you explain it? The word kebab is of Arabic origin. In Turkish, the word is pronounced and written with a voivoded voice, meaning kebap (rarely as a kebab) Kebap sell Turks or people with Turkey related, and kebab – Arabs and other nations, in which the name of this dish is recorded as a kebab (eg Armenians).

The most popular type of kebab is a döner kebab, which is made of mutton or chicken, but in Poland it is difficult to obtain and the mutton is often replaced with pork. It’s good to know that the döner kebab was invented by Turkish immigrants in Germany to the taste of our western neighbors, but in Turkey there are other types of kebab

Here you can read: Kebab – how many calories it is?

Is the kebab healthy?

In the opinion of many amateurs of oriental cuisine, a kebab is a healthy meal because it contains dietary chicken meat, which is not fried, and quite a large portion of raw vegetables, but that does not mean that the kebab is healthy. What is unhealthy in a kebab?

Turkish kebab is a döner kebap. From the Turkish kebap you can find such dishes as Greek gyros, Arabic shawarma or Mexican al pastor.

Therefore, kebab provides the average amount of protein and healthy nutrients, but a very large amount of fat from meat and sauce and empty carbohydrates from the dough most often made from finely ground wheat flour.

You can read also: Macrobiotic diet