Have you ever wondered what the difference between marinating and pickling is? Or what nutritional value marinated products have and is it worth eating not only for the sake of taste? We decided to take marinating under the microscope and answer these questions.

Marinating is a way of preserving food with vinegar and thermal processing. This way of preserving products is one of the oldest methods of storing and preserving food. Marinating food products has a long tradition. It is one of the oldest and, at the same time, the most effective ways for long storage of food. Most often, we marinate mushrooms (more often forestry than farmed mushrooms, for example) and vegetables (usually cucumbers, peppers, beets, pumpkin), less often fruit, meat and even fish. The pickle characteristic for pickling is made from vinegar (usually spirit), sugar, salt and water, and then boils. Marinating is also associated with the use of specific spices – for example, English herb, garlic, fennel and bay leaf. We add them to vegetables, meat, mushrooms and fish.

Vegetables and fruits intended for marinating can not be damaged. They also can not have visible signs of deterioration. Before they are put in jars, they must be washed thoroughly. You can cut them into smaller parts. After placing the products in the jars, they are flooded with a pickle to completely cover them. The closed jars are then placed in a pot of hot water and boiled for 20 minutes. During cooking, sometimes you need to add water to the pot, because it should reach at least two thirds of the height of the jars. When 20 minutes have passed, the preparations are allowed to cool.

Fruit can also be marinated

Especially fruit such as cherries, plums and pears are suitable for pickling and peaches. You can serve them for dessert or as an addition to the dessert. Pickling fruit requires the preparation of a special syrup from sugar, a little vinegar and water. Before the fruits are in the jars, they should be carefully washed and then blanched. Fruit marinades are not the healthiest products – despite the alkalizing properties of most fruits, due to the high sugar content and the usually used spirit vinegar, they have acidifying properties.

Marinated fish, commonly known as fish in vinegar, are a traditional Polish delicacy. The marinade for fish is made from vinegar, water and selected spices. You can add a carrot or a slice of onion to a jar of carrots. Fish in vinegar has the advantage that properly preparing does not contain dangerous bones that can stand in the throat. However, you should not eat it too often, due to the fact that the pickle is made with spirit vinegar (like the fish itself), which has acidifying properties. 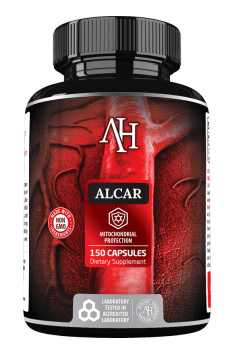 Pickling meat – not in a jar

Marinating technique is also used to prepare meat. The difference is that in this case the marinade does not serve to prolong the shelf life, but it gives the meat a more aromatic aroma and delicacy. Sliced ​​meat is put into the marinade. The simplest marinade is made from salt, vinegar, lemon juice and wine. The meat should be placed with the marinade in airtight package – eg in a bowl covered tightly with food foil.

Effect of marinade on nutritional value

Marinade does not destroy minerals (a certain amount during thermal processing may flow into the brine) and does not significantly destroy the vitamins that are found in marinated products, nevertheless, marinated products contain noticeably less. Thermal treatment of the marinade destroys all components that are not resistant to high temperature (eg enzymes). The marinades also do not produce additional vitamins, because the marinating process does not involve bacteria.

The marinade can alkalize or acidify

White (spirit) vinegar can destroy red blood cells and irritate the stomach mucous membrane, it can also worsen digestibility. Therefore, be careful with vinegar and do not overuse it in the kitchen. In turn, apple cider vinegar is more mild and definitely healthier. It improves metabolism and digestive processes and contributes to lowering blood sugar levels. Vegetables marinated in apple vinegar, like fresh ones, support digestion and reduce the risk of flatulence. At the same time, they are low in calories, and due to the specific, distinctive taste we eat them a little.

Differences between pickling (pickling) and pickling

Summarizing the above considerations, it can be concluded that marinated products retain some of their original nutritional value, they are still rich in minerals and fiber. However, they acquire a deeper taste and a better aroma. Marinating, unlike pickling (fermentation), does not convert fresh products into probiotics. Pickling (fermentation) is a way of preserving food based on the lactic fermentation process carried out by lactic bacteria. In the marinating process, no beneficial bacteria producing lactic acid develop. Pickled products also retain less nutritional value than silage. Pickled (sour) products are also better digestible than marinades.

Do you consume marinades?

Proponents of a holistic diet derived from alternative holistic medicine advise against eating marinades. Nevertheless, even conventional medicine is of the opinion that marinated products should not be replanted. So, eat them in moderation, and in the case of peptic ulcer disease, anemia and anemia, pregnancies are better to avoid. Even apple cider vinegar is not indicated.