People who are just beginning their adventure with slimming, very often reach for rice waffles. Why? Because of a few reasons. They are tempted by their low calorific value, and there is also the conviction that bread is fattening and better to give up when we want to lose excessive kilograms (or at least better to replace them with wafers).

Unfortunately, we have bad news – rice wafers are not a good replacement for bread and using them on a diet is not the best option. Why? Check.

How do you make rice waffles?

Have you ever asked yourself this question? It would seem that if something is made of rice, which is so often used by people on a reducing diet, then it should be ideal for a diet, right? And yet not. The rice used for wafers is subjected to very high temperature and high pressure. In this way, the seeds blow up and become more inflated. The same method is used to make prepared rice.

Such prepared rice wafers have one very serious disadvantage. Their glycemic index increases up to 85 units. For comparison, a slice of rye bread has a glycemic index oscillating around the number 45.

What is a glycemic index and why does it matter? IG is an indicator that tells us how fast the level of glucose in blood increases after consuming a given product. The most recommended in the human diet are products in the first place with low, and in the second with the average glycemic index. We should avoid those with high, because rapid glucose jumps make us very hungry again and we eat more than we would like.

The glycemic index should be particularly important for people who want to lose weight. Initial conversion of the body to lower caloric intake and a complete change in diet can make us feel hungry. In this situation, it is worth taking a close look at your diet. Often, hunger is due to improper planning of meals – if you eat a lot of carbohydrates, it is natural that you will be quicker hungry than if you were eating a meal rich in protein and fat. 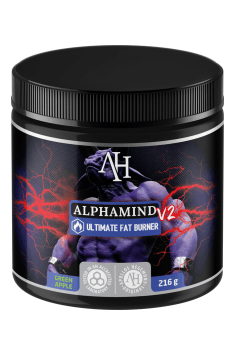 To eat rice wafers you are convinced by low calorific value? We will look closely at what the calories from one rice wafer and calories from a piece of rye bread translate into.

One rice wafer weighs about 10 grams and has 40 calories. This is not much, but you have to take into account the fact that such waffles are a highly processed product, which means that there are no vitamins or minerals for such calorific value – so they are so-called. empty calories. Even if the packaging of your wafers has information that they are rich, for example, in zinc and magnesium, probably these minerals were added at later stages of wafer production, on the other hand what content is that the product is rich in the ingredient? So this is another place for manipulation. It should also be noted that some wafers, such as those with chocolate (fruit) coatings, raise the level of glucose in the blood even more, because they very often contain sugar. Waffles also advertise as a great source of fiber, but you have to correct it. This crispbread is usually made of white rice, which is low in fiber, so it is known that wafers will not be a good source of fiber. In one such wafer, we find on average about 0.3 g of fiber, and a man daily should consume from 20 grams to even 30 grams of fiber. Rice wafers from brown rice are not much more nutritious.

For comparison, a slice of rye bread weighs 35 grams and contains about 80 calories. Bread made from wholemeal flour does not raise the glucose rapidly, so that after eating it we are longer saturated. In addition, the rye bread also speaks for the fiber content – in one slice we find about 3 g of fiber. For our body, it will be much more beneficial to eat two slices of rye bread than, for example, five rice wafers. Of course, in exceptional situations, wafers can be helpful, for example when we need or want to use a gluten-free diet, and in the store it is difficult to get gluten-free bread. Nevertheless, it is worth remembering that they should not form the basis of a meal and are certainly not a good product for use in weight reduction.

According to the calorie table, one of the most calorie products is pita bread, and the least calories can be found in pumpernickel bread.

A calorie table of bread and cereal products will allow you to set your daily menu.It is worth remembering that the consumption of cereal products, especially whole grains, is recommended by the Institute of Food and Nutrition as very important – just after fruits and vegetables.

How many calories does bread have?

Caloricity of different types of bread differs little – the most caloric can be considered wheat bread – in 100 grams there are 257 kilocalories, a little less in ordinary bread – 248 kcal and sieve bread – 220 kcal.Eating one wheat bun is an additional 173 kcal.However, pita bread excels in the calorific value of bread – in its 100 grams we find 262 ilocalories.

The real calorie bombs are also a bun with poppy seeds – 352 kcal and a bun with marmalade – 343 kcal.

Less caloric, and hence – recommended for people on a diet – is pumpernickel bread – in 100 grams it contains 240 kcal, and also proteins, carbohydrates, amino acids, lipids, nutrients, minerals.Less wholewheat is wholemeal bread on honey, which in 100 grams has 225 kcal.

Do you cook buckwheat or rice in sacks?You regularly treadIn a plastic bag for rice and kasha, a toxic substance is present.Regularly consumed, it ruins health.

How many calories does the flour have?

Very popular wheat flour is among the calories of this kind of products in the middle – it contains 347 kcal, this type of flour also has a high glycemic index – 90. In turn, krupczatka flour in 100 grams has 354 kcal. Wheat flour in terms of the number of kilocalories exceeds by far the soy flour, having their 424 (but low glycemic index – only 25).The least caloric is buckwheat flour – 335 kcal.

How many calories does rice have?

Considering the number of calories, those in different types of rice are similar.White rice contains 344 kcal, and brown rice – 322. On the other hand, the glycemic index of brown rice is 50, and white rice – 70, that’s why dark people are definitely recommended for slimming people

Rice is a source of carbohydrates, appearing in almost every diet. Not all of us are aware that there are so many of its types, differing from each other not only by the taste, but above all the properties that are important for the athlete.

END_OF_DOCUMENT_TOKEN_TO_BE_REPLACED

Rice in the diet of athletes plays a rather important role, because it is one of the most popular nutrients, from which we will provide unprocessed carbohydrates to our diet. However, what kind of rice we eat is important.

As it turns out, white, brown, red and also black – they differ from each other. Black rice is a change of way and quite rarely consumed in but it is worth paying attention to. What makes it different? I will try to answer these and other questions in the following article.

Black rice is nothing more than one of the varieties of rice with a very interesting texture, as well as an incredibly aromatic nutty scent. Black rice was called “wild rice”. This was because initially in China it was intended only for the emperor and no one else was allowed to eat it. Currently, despite the availability in Europe, it is still eaten by few.

Quite recently, research has been carried out, which showed that only one tablespoon of this rice contains much more antioxidants known as anthocyanins, ie purple and dark red pigments, which give color and valuable nutritional values, among others, berries, grapes, cherries and raspberries. The amount of anthocyanins is much higher than the same amount of berries, and black rice has much more fiber and vitamin E at a much lower level of sugar. It is worth mentioning that the presence of anthocyanins improves our health parameters as well as well-being. They also improve our memory, concentration and reduce the risk of heart disease as well as cancer.

Of course, all these valuable properties are present in the outer layer of black rice, which is why during the purchase it is worth paying attention to whether the label “whole grain” appears on the packaging. Black rice is also rich in iron, so people who suffer from iron deficiency and anemia should enrich their diet with this product.

It is worth, however, compare black rice with other rice, e.g. brown. Black rice has a nutritional profile that is very similar to the profile of brown rice. Both provide high levels of fiber and some iron, but black rice contains more vitamin E, which is an important fat-soluble vitamin. This means that you need to eat black rice with a source of fat such as: avocado, fish or olive oil so that our body can properly absorb vitamin E. This vitamin is highly antioxidant. It helps to prevent damage to cells in our body, also protects our eyesight and strengthens the immune system. Therefore, it is said that black rice is a healthier alternative to white rice and is also considered a better choice than brown rice. Black rice also contains fewer calories than brown rice – about 160 kcal per serving compared to about 200 kcal of brown rice.

It was used to stimulate the stomach. Improvements in adrenal glands as well as improved vision while eating were also noted.

The studies, which were published in the Journal of Nutrition in 2008, also showed that black rice extract helps to prevent progression of atherosclerotic plaques in the main arteries of the heart that can lead to a heart attack. It is also affected by the reduced content of lipid components, including triglycerides.

In addition, the mouse study suggests that black rice may have anti-inflammatory effects. What distinguishes it from brown rice is the high concentration of anthocyanin pigments that are fantastic antioxidants. These compounds are also a possible mechanism for lowering cholesterol levels, as shown in the 2013 study published in Food and Function. In 2007, a symposium was organized, at which scientists unanimously stated that consuming products rich in anthocyanins is very important, as these products prevent the development of cancer and delay the aging process. In addition, they alleviate the symptoms of diabetes.

The Middle East shop shelves bend from food products to which bran, such as flour, bread and biscuits are added, which dieters say may be a good move to increase the share of anthocyanins in food.

Black rice bran can be made at home. We only need a coffee grinder or a good blender. Steamed bran made in this way