Heart monitoring has a long history in endurance sports. Long before the construction of electronic devices, endurance athletes realized that the pace of their heartbeats is inextricably linked to the effort, and therefore with sports results. It was obvious. When they practiced with a lot of effort, they felt their heart beat faster. As they slowed down, the heart worked much more slowly.

During exercise, endurance athletes checked their wrist or neck, but to do this they had to slow down or stop completely. Of course, when the intensity of effort decreases, the heart beats slower and the heart rate drops. The longer they stood and kept their fingers on the neck or wrist, the lower their heart rate. Counting for a minute was completely pointless. Therefore, to get the correct number, the player had to count only for 10 seconds, so that the heart rate would not slow down too much. Then the result multiplied by 6, which gave the approximate value of the pulse, very inaccurate. Unfortunately, research has shown that this method of calculating the heart rate led to an error of at least 9 beats per minute. Subsequent tests showed errors up to 17 beats per minute. But what else could athletes do?

It became clear to trainers and athletes that this way of calculating the heart rate is too inaccurate, and the medical equipment designed to measure the pulse was too expensive and too large to be carried. A small, inexpensive device was needed that would check the pulse during exercise and not during rest.

In the 1970s, there were two breakthroughs. At the beginning of this decade, the Australian sport psychologist, and later also the world-famous swimming coach, Dr. Robert Treffene, began to deal with heart rate measurements. Soon, he constructed a pocket monitor with electrodes and cables, with which the pool trainer could check his swimmers’ heartbeats as soon as they finished swimming and stopped at the pool wall.

The second breakthrough came in 1977. Seppo Säynäjäkangas (pronounced say-nayya-kong-as), a 33-year-old electronics professor at the University of Oulu, on the west coast of Finland, was an avid skier, like many Finns. In 1976, he wanted to help a local ski coach, a frustrated lack of ability to monitor the pulse of his novice athletes. The professor invented a heart rate monitor with batteries placed on the fingertips. He knew that he was on the trail of something big, when the National Ski National Team of Finland wanted to use this device, so in 1977 he founded the company Polar Electro Oy.

A year later, Polar introduced the first Tunturi Pulser pulse. It was a heart rate monitor connected by cables to the chest band. Five years later, in 1983, Polar presented the first wireless heart rate monitor, using an electric field for data transfer – Sport Tester PE 2000. The next year, the company released a device with a computer interface – Sport Tester PE 3000. The era of modern training has come. 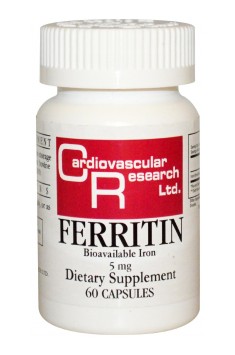 Surprisingly, trainers and athletes at first approached the heart rate monitor very cautiously. But in 1984 something happened that mastered the covers of all magazines dealing with endurance sports. This year, Francesco Moser, an Italian cyclist, beat Belgian Eddie Merckks’ record in an hour-long ride – the distance a cyclist can cover in one hour while driving alone on the track. The amazing Merckks record – 49,431 km was established in 1976 and was considered unbeatable. In the end, Merckx was considered the greatest rider of all time. Many great athletes tried to break his record, but it failed. Moser was considered a decent cyclist, but he was not the best, and he was approaching the end of his career. But in Mexico, on a cold January day in 1984, within an hour Moser rode 51.115 km – an entire 3 percent more.

Interesting in the case of the Moser record was how he trained. Until then, the training of cyclists was based strictly on the well-being. Most of the training took place in groups, thanks to which individual riders could mobilize each other for better results. Instead of following the tradition, Moser trained under his trainings preparing for hour-driving under the supervision of the Italian doctor Francesco Conconi. Dr. Conocni, using the Säynäjäkangas pulse during the race, made an interesting discovery. When, after training on the treadmill, during which he ran faster and faster with each lap, he created a graph showing the pace and heart rate, he noticed something that he considered an intriguing phenomenon. The dots on the graph were connected by a solid line. The line went up from the lower left corner of the chart to the upper right. He expected it. However, at the top, something interesting happened on the right – the line was breaking down a bit. Conocni recognized that the point of refraction is an anaerobic threshold (later studies have questioned this discovery). This is how Conconi’s test was born.

The confusion that Moser and Conconi introduced caused that riders, runners, swimmers, skiers and other strength athletes around the world decided to try out training using heart monitors. Conconi’s test has been described and praised in many journals, in different languages ​​and in different time zones. A new training method has been born.

You can read also: Cardio trening – not as bad as its seems

A bike instead of a gym

Everyday cycling greatly shapes our figure, in particular the legs and the round part of our body. Even during recreational driving in the city, it is best to get up from the saddle from time to time, leaning slightly forward. Then we will engage more gluteus muscles to work, and our thighs and pupa will become firm without the torment we experience in the gym. And if we add to that, that we cycle from 300 to 600 kcal in one hour, so it’s not terrible for us to eat a fondue, our satisfaction will increase by 1000%. It is good to choose a city bike, which, in addition to aesthetic values, has several practical advantages – a heavily reduced and modeled frame, at least 5 gears, dampers necessary on sidewalks or curbs, fenders or boot – just like the Kross Reale model shown.

Here you can find supplements supporting your training – CLICK

The bike is a fashionable addition to the new dress

If we like to wear sweaty dresses and fashionable high heels, while riding a bike to work is our necessity, we do not have to cross out one of these things. It is enough for our bike to be stocked with so-called dress guard – a rear wheel cover that prevents the dress from getting caught in the spokes, or a colored overlay on the chain that protects our wide trousers from getting dirty. Colorful, fancy additions such as a wicker basket with a colorful ribbon, a floral satchel on the trunk, or a gel lid on the trunk will make our unity express our style and give us vigor.

The bike is ubiquitous and cheap means of transport

You can get by bicycle everywhere, regardless of traffic jams, plagues called streets renovation, clogged buses or mercilessly riddled roads. In big cities one more thing is important – the bike takes 10 times less space than the car, what a saving of parking places! The daily house-work route, weekend rides with friends or holiday trips to the end of the world can only be done by bike. A shopping trip can also be a pleasure, especially when we have a large basket or a luggage pannier, just like in the model mentioned above. What price we pay – incomparably smaller than the owners of cars reaching deeper and deeper into the pockets of gas stations and city car parks. Goodbye excise, welcome freedom! 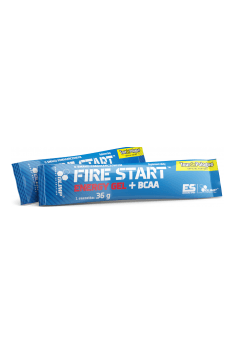 The bike is eco

We segregate rubbish, select paper bags in supermarkets, do sports, quit smoking and ride a bike. Why is the bike eco? More bicycles instead of cars on the roads are less traffic jams, less noise, cleaner air. Cycling at short distances, to work or school is the best way to reduce CO2 emissions. Ten kilometers traveled by car is equivalent to the emission of 2 kg of carbon dioxide into the atmosphere. These are very tangible numbers and each of us can have a real impact on their reduction.

Bike instead of a psychologist

In stressful situations, or while solving an insoluble problem, we turn to our friend, mother, eventually a psychologist, for help. Sad times we often overeat with chocolate, which illusively replaces us with a feeling of happiness, in effect leaving us only extra kilos. We often forget about the beneficial effects of physical exercise. Intensive cycling oxygenates our brain, improves blood pressure, produces radin, which affect the satisfaction and increase vital energy, stimulating action. It is worth remembering that endorphins also increase the endurance of our body for pain, which enables further effort. The best bonus, however, is the fact that this condition lasts a few hours after the end of the move, and if we decide on a cycling marathon, the feeling of euphoria can last up to a week!

You can read also: Is stationary bike a proper way to do the training?