Cinnamon is a dried bark of cinnamon, which you will usually buy in the form of a fine powder or as a cork wrapped up in a cane entirely. Do you know what health properties do cinnamon have?

Cinnamon has many advantages!

Studies show that regular consumption of cinnamon improves the learning process. Thanks to this spice you can quickly remember new information and combine facts.

It lowers the level of sugar and cholesterol in the blood

Cinnamon has a soothing effect on inflammation in the body. It is worth introducing cinnamon into the diet in autumn and winter to strengthen immunity and counteract colds.

It reduces the risk of cancer

Cinnamon is a powerful antioxidant. ORAC coefficient for cinnamon, which illustrates the ability to neutralize free radicals is up to 131,000 and is one of the highest among all foods. It is thanks to these properties that cinnamon can prevent cancer. 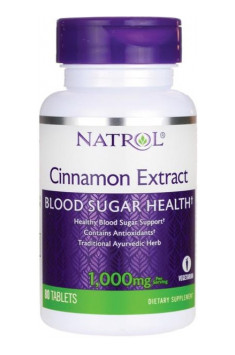 Cinnamon oil responsible for the characteristic smell of cinnamon has an antibacterial effect. Its addition to a meal can help you avoid or alleviate the course of food poisoning.

The smell of cinnamon deters intrusive mosquitoes and dangerous ticks. Remember, however, that pure cinnamon essential oil may be irritating to the skin, therefore always dilute it in the base oil (eg sunflower)

Large amounts of cinnamon can irritate the delicate mucosa of the digestive tract. It should be avoided by people suffering from stomach inflammation, heartburn or irritable bowel syndrome.

A large amount of cinnamon damages the liver

Cinnamon is a source of coumarin, a compound that, when consumed in excess, can lead to liver damage. However, you would have to add a large amount of cinnamon to each meal, so that the condiment could cause harmful changes. Daily intake in moderate amounts is completely harmless and brings many benefits.

You can read also: Spices that turn up the metabolism