Although watermelon is not a fruit of Polish origin, it is extremely popular with us. It owes its popularity to the sweet taste and the fact that it perfectly quenches thirst. The increase in the consumption of watermelons is noted in particular during the summer. That’s when we feel like it. In addition to the sweet flesh of watermelons for food and medicinal purposes, you can also use their seeds and a thick fleshy skin. Have you ever wondered what nutritional and health properties these fruits characterize?

Watermelon – a few words about the species
Watermelon (Citrullus lanatus) is a plant of the cucurbits family. It comes from the areas of South Africa, where you can meet her in both wild and breeding. The first mention of the cultivation of watermelon appeared about 1500 BC. In our lands, this fruit appeared in the fourteenth century thanks to the Teutonic Order.

Currently, the demand for watermelon fruit is very large. To meet the demand for these sweet fruits, large watermelon plantations began to be established in countries such as Spain, Portugal, Italy, Croatia, Hungary, Bulgaria, Romania, China, and many, many others. The climate of our country is not conducive to the cultivation of watermelons, but it does not mean that we can not grow these fruits from us. A dozen or so enterprises in our country produce watermelons in large greenhouses, however, native crops are less sweet and juicy than fruits from southern Europe and Africa.

Watermelon is characterized by a creeping stem, which in favorable climatic conditions can reach a length of up to 6 meters. The large leaves of the plant are equipped with a mustache. Flowers in appearance resemble pumpkin flowers, grow individually, most often are found in yellow or light green. One mature plant produces up to 30 female flowers and up to 400 male flowers during flowering. The fruits of watermelon are massive berries with a characteristic sweet red flesh (mesocarp). There are also varieties with orange, white and yellow flesh. At the end of the growing season, the plant sets up seeds, the color of which, similarly to the color of the fruit, varies depending on the variety. 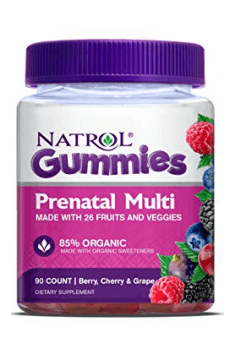 Watermelon – health properties of the flesh, pips, and shells
The health properties of watermelons outweigh its nutritional value. The minerals and antioxidant compounds contained in them have a strong antioxidant effect. The cardioprotective effect is attributed to them. The carotenoids contained in the watermelon, responsible for the red-orange color of the flesh, are very strong antioxidants. The most active compound with such properties in the watermelon is lycopene. This substance prevents the adverse oxygen metabolism of cholesterol, it also has a strong anti-teratogenic effect. It is a powerful scavenger of free radicals that lead to chemical and mechanical damage to the walls of blood vessels. Watermelons reduce the risk of cardiovascular disease, reduce the risk of heart attack, atherosclerosis, and stroke.

In addition to antioxidant compounds, citrulline also occurs in watermelons. This substance is an ornithine derivative belonging to the group of endogenous amino acids. Citrulline was first isolated from watermelon fruit. This substance is appreciated primarily by athletes. However, this amino acid does not affect building muscle mass. It is used to increase the efficiency of the urea cycle in which ammonia is neutralized. Also, citrulline has scientifically proven anti-catabolic activity, which means increased protection of muscle tissue against its destruction or breakdown. It was also shown that citrulline reduces the intensity of the so-called soreness.

The high content of water in watermelons affects its diuretic and detoxicating effects. The consumption of watermelon is recommended for those who are feverish and dehydrated. Both the juice and pulp of the watermelon perfectly hydrate the body and provide the electrolytes and carbohydrates necessary for proper functioning. Watermelons also reduce the intensity of unpleasant ailments that occur the day after consuming excessive amounts of alcohol.

In addition to juice and flesh, healing properties are attributed to both its pips and thick, fleshy shell. Small seeds of watermelon deserve special attention, in their composition, they contain about 30% protein and 50% fat, moreover, they have a higher concentration of healing substances than pulp and watermelon juice. Scientific research carried out all over the world has proven that watermelon seeds have antibacterial and antifungal activity, are helpful in case of infections and gastrointestinal infections, as well as reduce the intensity of diarrhea. They have a soothing effect in catarrh of the respiratory system and alleviate the symptoms of skin diseases. Recent scientific studies have provided evidence of the effective action of watermelon seed extract in the treatment of bacterial, viral and fungal infections (including E. coli, among others). Other studies have shown that watermelon seeds have strong anti-inflammatory properties and also support the treatment of prostate diseases. In turn, watermelon shell is an excellent source of dietary fiber, in its white part contains the largest part of the aforementioned citrulline.

Watermelon – interesting facts
Currently, there are over 1,200 varieties of watermelons in the world, they are bred in more than 100 countries, and the world’s largest watermelon suppliers are China, Turkey, Brazil, Iran, and Egypt.

During the communist era, Polish authorities did not recognize imported products from abroad. The watermelon, however, was liked so much that it was not banned from its import. The authorities, however, tried to change its name to another, less exotic. The name, however, was not accepted by consumers and continued to use the name watermelon.

The Guinness World Record in the category of the largest watermelon in the world was beaten in 1990 by farmer Bill Carson from the United States. He managed to grow a real giant – the watermelon from his plantation weighed 118 kg.

Watermelon – recipes for tasty dishes and desserts
Although watermelon is an extremely sweet fruit, it can become a component of many interesting dishes (not necessarily desserts). We have prepared a few tasty recipes for dry dishes and desserts and cocktails with his participation. Try to cook them in your kitchens. You will find that you can use watermelon in many interesting ways, and in each of the scenes, it will taste different. Always, however, delicious.

A method of preparing
Let’s rinse lettuce and spinach in cold water, gently dry. Cut the avocado from the skin, cut into slices – sprinkle them with lime juice to keep their nice green color. Wash the chicken breast, cut into slices. Marinate for approx. 20 minutes in a marinade with a few drops of balsamic vinegar, oil pressed by a garlic press, sweet peppers, pepper, and salt. During this time, cut the watermelon into cubes and roast pine nuts in a frying pan. The chicken breast meat is grilled in a grill pan. When it’s ready, mix all the ingredients, sprinkle lightly with olive oil and pour in thick balsamic vinegar.

The salad is ready to eat!

A method of preparing
Wash all the fruits, cut the watermelon into slices, clean the seeds. Place fruit in a high container, pour water, squeeze juice from half a lemon. Put a few ice cubes and mint leaves. The whole blends to obtain a homogeneous mass. If the whole thing seems too sour, add a tablespoon of xylitol, mix thoroughly.

A method of preparing
Cottage cheese is blended with natural yogurt, xylitol, vanillin sugar, and diced watermelon. We pour gelatine with a few tablespoons of cold water, wait a few minutes for it to swell, and mix with the watermelon mass. Set aside in a cool place for several hours and wait until it is concentrated. The cheesecake can be served with fresh raspberry fruit, raspberry leaves or vanilla ice cream.