What is Boot Camp training?

Boot Camp is a workout combining both strength and endurance exercises. Most often it has the form of an interval. Inspired by military exercises, that’s why it often takes place in the open air. Seemingly, it may resemble activities such as TBC, but there is a fundamental difference – a psychological approach.

While TBC classes are training in a fitness club, where there are certain rules, and the instructor can not exceed certain limits in contact with the client, so in the Boot Camp these limits are shifted much further.

This training, in addition to improving the overall physical condition, is to strengthen the psyche by showing the practitioner that he can very often afford him much more than he thinks. Exercises often balance on the verge of pain, the participant must break their barriers, and the trainer can enforce obedience with a scream.

Boot camp classes are not available in the fitness club in the form of afternoon classes, which you can come twice a week. Yes, many clubs have a military-style training, but the real Boot Camp has a form of several weeks of training (usually 4-8 weeks), during which the participants train every morning. Classes may also take the form of a training camp, and the program often includes nutritional advice and specially prepared meals. 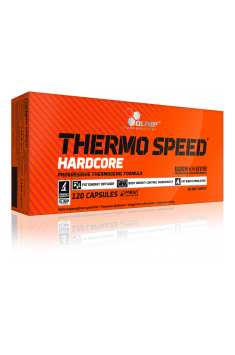 Classes begin with a warm-up, followed by the right part, where squats, jumps, pumps, runs and exercises with weight dominate. It is common to weave elements of competition, when it shares a group of exercisers for teams and organizes competitions. Boot Camp participants can also meet with homework, ie exercises given by the instructor to perform at home.

Who are Boot Camp fitness classes for?

To participate in the Boot Camp, you must first and foremost have good health. Originally, these classes were intended for people with already developed fitness and physical endurance, but because of the growing popularity began to be formed groups for beginners who want to lose kilograms or improve the efficiency of the body. For this reason, you can often meet the initial fitness test, on the basis of which the participants are assigned to groups.

Where to find these classes?

It is best to ask for classes in fitness clubs, which once in a while organize the Boot Camp in the form of a trip or in the traditional form of daily morning meetings. You can also try your hand at classes based on military training available in the club.

You can read also: What foods are most useful in the weight loss phase?